As soon as it was confirmed that Zeus will be a part of Thor: Love and Thunder, there was discussion among Marvel comic book fans about Hercules. Hercules has been an integral part of Marvel comics and has mixed relations with Thor, acting as both ally and rival.

Like Thor, who is from Norse mythology, Hercules is inspired by Greek mythology. In the comics, he is very close to the mythological stories but his powers make him an interesting character.

Hercules’s origin story starts with Zeus, the ruler of the Olympian gods. Zeus wanted a successor to rule the gods after him. So, he chose a woman named Alcmena as his partner, disguised as her husband, Amphitryon, who was away in a war. This practice was common in the Greek kingdom.

The child born to Zeus and Alcmena has Olympian powers like super strength which is still not known to its parents. The whole ordeal angered Zeus’s wife Hera. She even sends two snakes to kill the child, but the one-year-old child kills those snakes with his bare hands. This surprises his parents, who then find out the origin of their child. They even name the child ‘Herakles’ to plead to Hera to spare the child’s life.

Amphitryon, Herakles’ human father, trains him to become a warrior. Herakles later goes to the Kingdom of Thebes. There, he fights outside raiders. But due to the local politics, he is called an outsider himself and is banished. Even being banished, he still goes to battle rival kingdoms and saves Thebes. The King of Thebes pardoned Herakles and wedded his daughter, Megara, to him.

Even after marrying Megara and raising three children, the craving for battle in Herakles is not stopped. He also goes to face Zeus and Hera to demand immortality and be placed among Olympian gods. Zeus orders Herakles to complete twelve labors to prove himself worthy.

These labors are also present in Greek mythology and are the most famous story of Hercules. In Marvel comics, these laborers are changed and have a significant impact on Hercules. The labors ranged from capturing and killing ancient Greek beasts to cleaning a stable with a thousand cattle.

For his last labor, Herakles ventured into the Underworld (or the Hell) ruled by Hades, the god of the underworld. Herakles defeated Cerberus, a three-headed dog petted by Hades.

Changing His Name To Hercules

It took several years for Herakles to complete all twelve labors. Upon completion, he went to his home in Thebes, where he found a war going on resulting in the death of the King. Enraged, he slaughtered all around him, even his wife and children.

His allies thought that Herakles must have been cursed by Hera to do so. But Herakles knew his true nature caused the destruction. He changed his name to roman warrior Hercules, to distance himself from Hera and the Olympian gods.

Hercules got famous among humans in ancient times. He traveled across lands and even participated in the first Olympics. During his travels, he battled the river god to win Deianira who became his third wife. 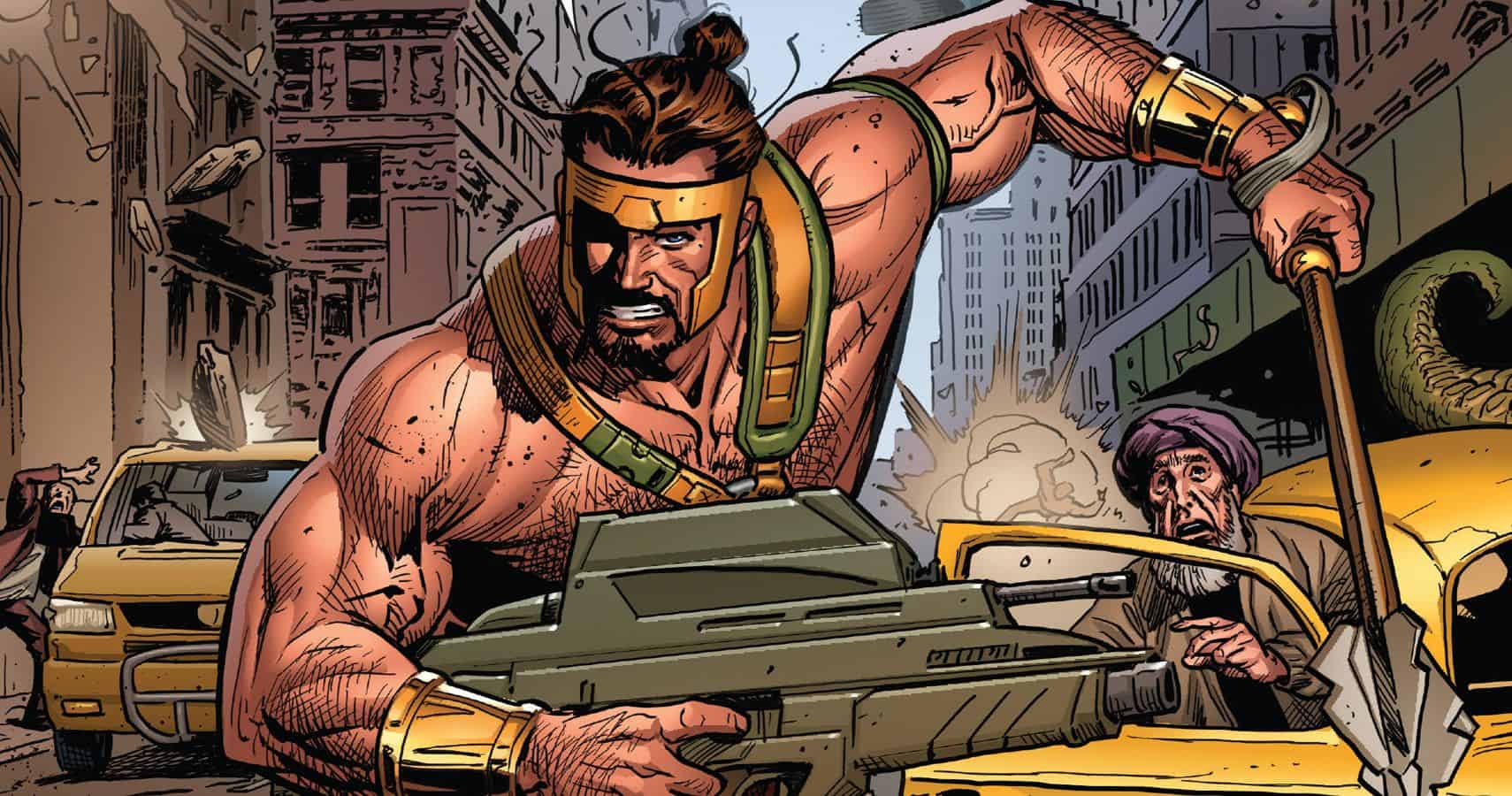 Later, a centaur kidnaps Deianira who is then killed by Hercules. Then the centaur gives Deianira his magical blood to keep Hercules loyal to her. But when she uses the magical blood on Hercules, he is burned and goes to the Underworld. Zeus then pities his son and invites him to Olympia to become a god.

This is how Hercules becomes a god. He has a lot of adventures with other Marvel characters. He fights and is friends with Thor, Wolverine, and Hulk, and even joins Avengers at a point.