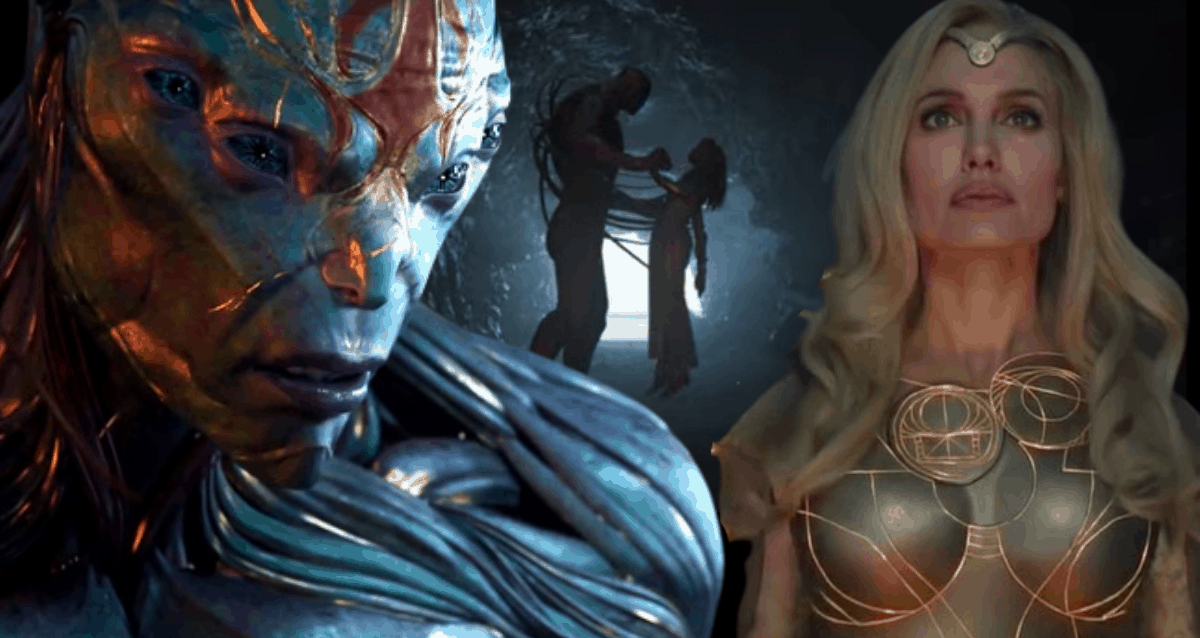 Marvel Studios is gearing up for the promotional tour of Shang-Chi and the Legend of the Ten Rings in theaters. Also, it is continuing the promotion of What If…?’s run on Disney+. Next up, the big event that fans are excited about is the November release of Chloé Zhao’s Eternals.

The third theatrical 2021 release from Marvel finally received its second trailer that hyped up the excitement for the movie. It also showed the villains that this team will be facing i.e, the Deviants.

What Did We See In The Eternals Trailer?

The trailer also did a great job of teasing the effects of the Infinity Stones and showing off the powers of the various team members. Also, viewers got to see Kumail Nanjiani’s Kingo, Richard Madden’s Ikaris, and more use their abilities against the monstrous dragon-like beings.

Also, the dialogue in the trailer teased their creator, the Celestials, and also hinted at Uatu, The Watcher. As such, the hype train is real and the movie is all set to broaden the MCU by fleshing out the cosmic elements.

There’s clearly much more shown in the second trailer compared to the first one from May of 2021. However, amongst all the elements and villains introduced, the one that drew our attention the most was the being that went up against a main leader of the Eternals.

Thena Faces Off Against Kro In The Second Trailer

In a major moment in the second trailer of Marvel Studios’ Eternals, Angelina Jolie’s Thena can be seen held captive by villainous Deviant Kro. Kro is shown to be a green large amorphous being that can shapeshift and has 4-eyes.

He uses his shape-shifting powers to take her captive. From the shot shown in the trailer, both of them seem to be in an undisclosed cave. This could be Kro’s home base. In the shot we see him wrapping his appendages around Thena’s entire body.

The trailer obviously doesn’t tell us why Thena is with him, but it seems like he has put her in a very difficult situation. We can see that Thena’s eyes are glowing bright white as Kro creepily caresses her.
At this moment, we aren’t sure if she’s trying to use her powers against Kro or the villain really has her incapacitated in some way. After all, we don’t have much context regarding this scene with Thena and Kro.

Who Is Kro In Marvel Comics? 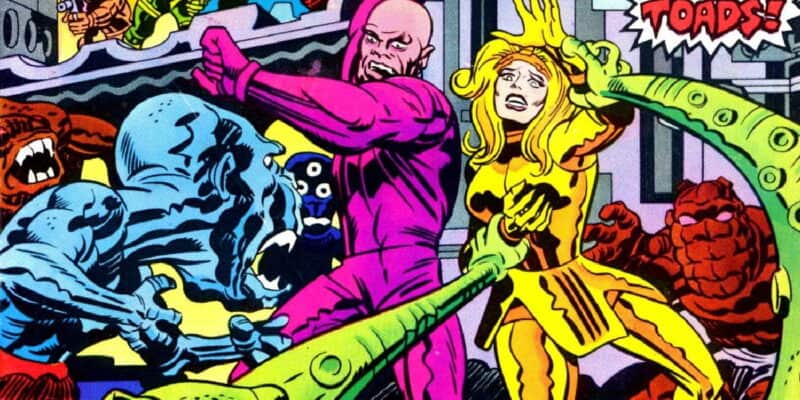 Kro and Thena in the Marvel comics

Kro is a notable shapeshifter of Marvel comics. Now, we have seen shapeshifters before with the Skrulls. But these beings are different from the ones we saw on Captain Marvel or other MCU Phase 3 and 4 projects.

Know that Kro has been known to shapeshift into the devil to scare humans and his powers seem formidable just from this one shot. The shot with Thena and Kro is interesting because they are closely tied to each other in comics.

Thena has even been the mother of Kro’s kids on occasion. Now, it seems unlikely that Marvel Studios will go down this path in just the first outing of the Eternals. But the plot could hint at the more intimate bonds.

Whatever reason causes Thena to be in this situation with Kro, it’s clear that she has some things to sort out with him as he causes unexpected chaos for her family.

We are really curious to see their past and what ultimately brings the Eternals together. But no matter what causes them to re-assemble, it’s quite clear that they have quite a lot to deal with.

Eternals is set to release in theaters on November 5, 2021.