Galadriel visits the Hall of Law in the latest episode of the Lord of the Rings: Rings of power and learns that it was built by Elros. Elros just like his brother Elrond was half-Elf; but, unlike Elrond, Elros abandoned his Elven heritage in favor of life in the realm of Men, and as a result, he lost his eternal life.

Nevertheless, the former did manage to live a lengthy life, reigning over the beautiful city of Nmenor for an incredible four centuries. The Rings of Power takes place long after his death, yet he is still remembered as a legendary figure in Nmenorean folklore. Galadriel and Hall brand in Rings of Power

Elros was birthed in the Elven safe haven of Arvernien in the year FA 532. Elros and Elrond were captured by Maglor and Maedhros when they were little after the shelters were invaded by the Sons of Fanor to retrieve the Silmaril. Elwing, their mother, disappeared from Middle-earth shortly after her children did the same thing by throwing themselves into the ocean. 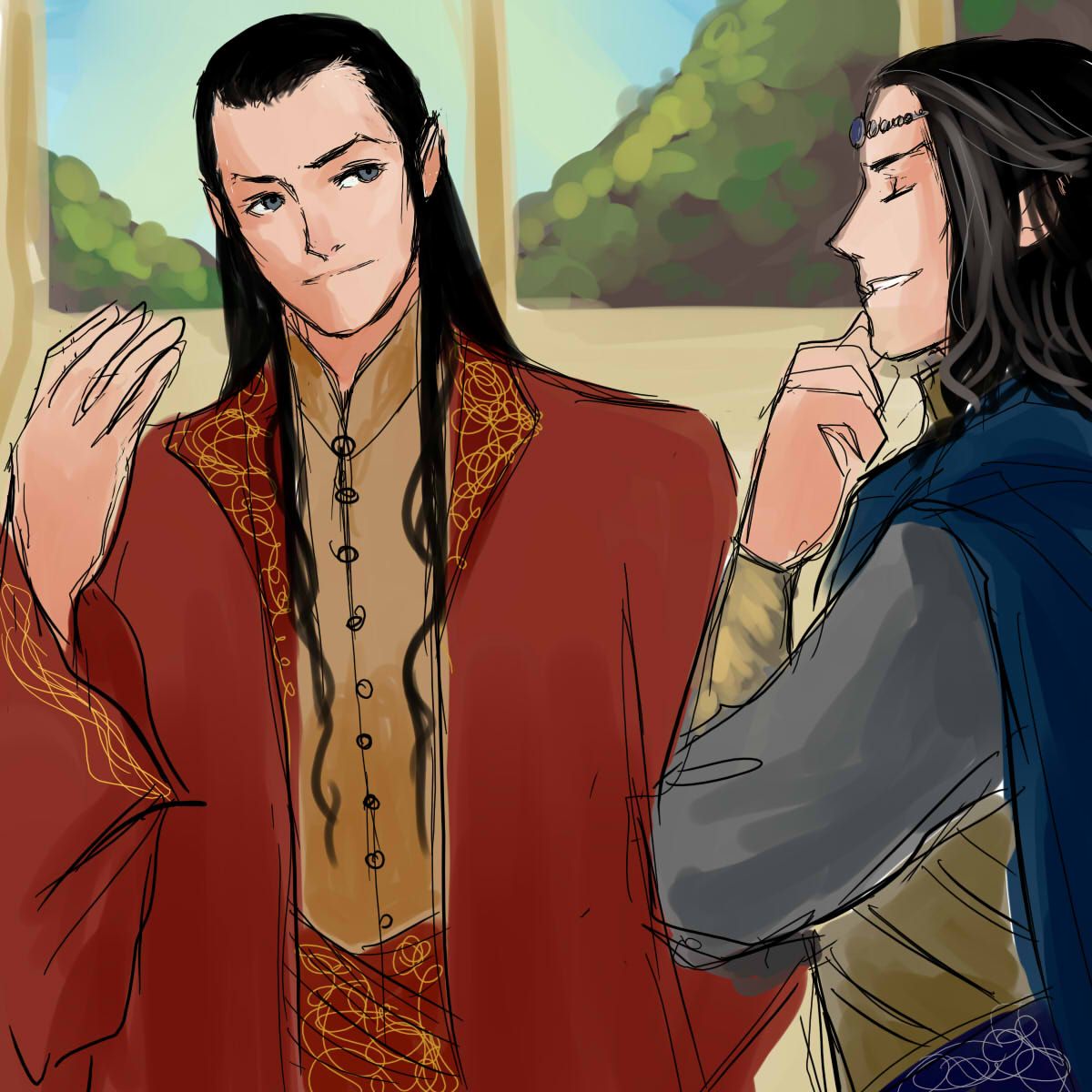 From that point on, Elros and his sibling were under Maglor’s care and education. Maglor wasn’t really glad of his actions, therefore they were brought up together as a loving family.

No mention is made of when or if the brothers really fled Maglor or whether they took part in the Battle of Wrath that finally ended Morgoth’s reign of terror.

Elros Is Half-Human By Choice Galadriel and Elendil in Hall of Law

The Battle of Wrath ultimately came to a close and Morgoth was condemned to dwell in the abyss of nothingness never to return again. It is true that Elros and Elrond had been Peredhil, and that their bloodline was the only one of the First Age’s great nobles of Men to survive the century-old war. Elrond and Elros were free to choose their own kin by the Valar.

Elros opted to join the human race, therefore he was given a long life expectancy. No great man ever lived to be as old as Elros, but after Eönw’s arrival among the devoted humans, they became wiser, stronger, and more powerful than anybody else on Earth. For them, an immense realm had been constructed, neither fully inside nor wholly outside of Middle-earth. The name of this kingdom was Numenor, and Elros will rule as its first king.

Oss excavated Numenor from the ocean bottom, Aul built it up, and Yavanna embellished it. The Elves of Tol Eressa in Avallon brought blooms and streams with them and created meadows in Nmenor. Andor was known as Westerness by its own inhabitants while being known as “The Country of Gift” by the Valar. This was because it was located to the west of every other land populated by humans. Al Pharazôn in Rings of power

Elros governed Nmenor at that period as a king who maintained relationships with both the Elves as well as his brother. In the years following Elros’s death, Nmenor severed all relations with theMiddle-earth, and  Elves isolated themselves from the rest of the world. It was Al Pharazôn’s overambition to attack Valinor in search of immortality that ultimately led to the destruction of Nmenor under his reign.