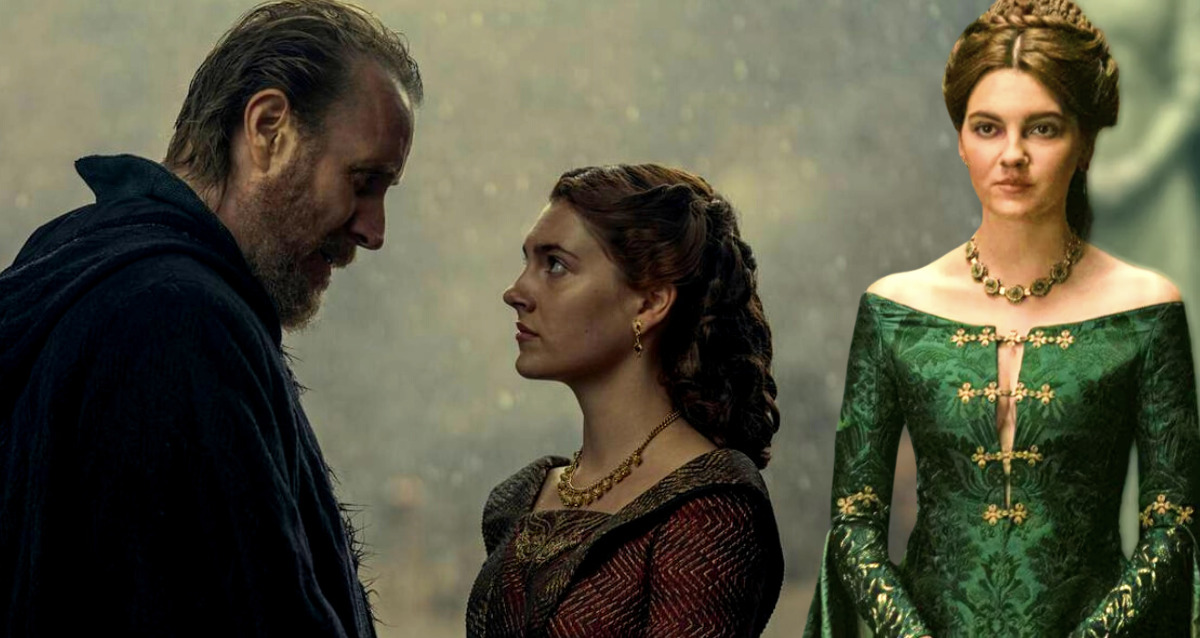 House of the Dragon episode 5 set up the Targaryen Civil War otherwise known as the Dance of the Dragons. This was mainly because of the shift in Queen Alicent and her views. Throughout the episode, her allegiance and loyalty to Princess Rhaenyra waver as she hears rumors and secrets from all around the castle. This culminates in her wearing a gorgeous yet sinister green dress during the wedding celebrations of Princess Rhaenyra and Ser Laenor Velaryon. So let’s explore exactly what happened. 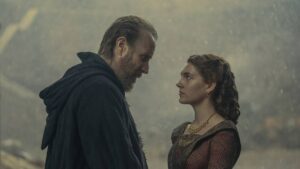 In the beginning of the episode we see Otto Hightower leave the Red Keep after being relieved of his duties as the Hand of the King. However, we knew that he was up to something and would only use the situation to antagonize Rhaenyra in the eyes of Alicent. He told her to prepare Aegon for the Iron Throne as the realm would never accept Rhaenyra as the Queen. He left a tearful Alicent in the rain who was already questioning Rhaenyra’s promise of innocence. 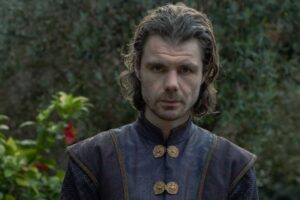 Add to this, Lord Larys further pushes Queen Alicent to the edge, forcing her to seek out the harsh truths. He tells her about the tea that was served to Rhaenyra that very night of Daemon’s return by the Grand Maester himself. The tea was obviously a precaution in case Rhaenyra was pregnant. Moon tea has been used before in the franchise of Game of Thrones to abort unwanted pregnancies. In her facial expressions itself, it can be seen how her alliance was shifting. She was losing faith in her dear friend and was even more hurt that she lied to her. 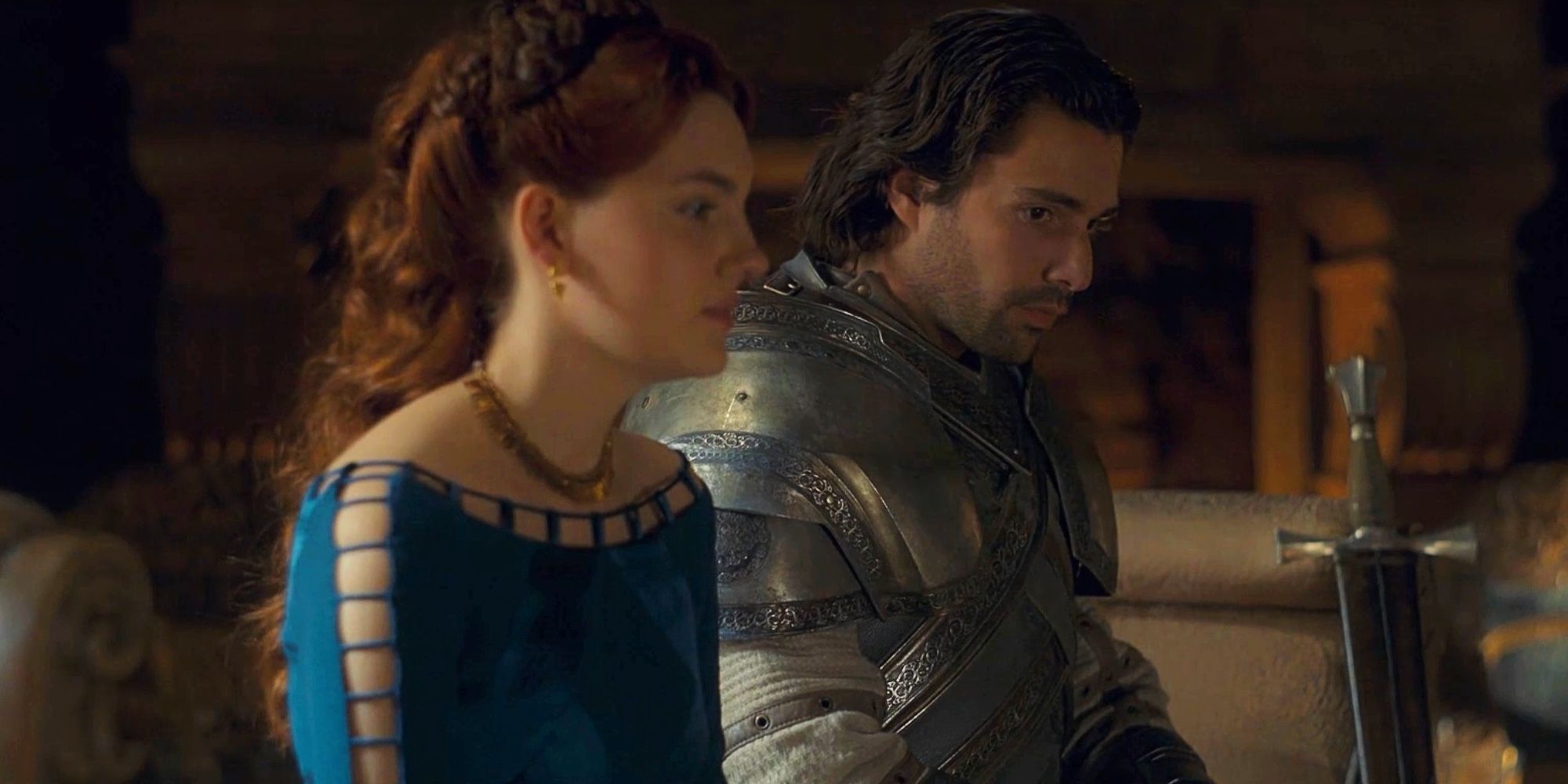 She finally mustered the courage and determination to ask her sworn protector Ser Criston Cole. In the meanwhile, Ser Criston and his proposal for marriage to Rhaenyra was turned down. He felt betrayed, dishonest and regretted his actions. So while Queen Alicent was asking him about Rhaenyra and Daemon’s dalliance at the Street of Silk, he mistook it as a question of his own integrity. He divulged the information of him and Rhaenyra and the night they spent together. This was the last nail in the coffin. Alicent feeling betrayed, blindsided and bitter, finally conceded to her father’s advice. She decided she would go against the King’s decision to make Rhaenyra his heir.

Significance of the green dress 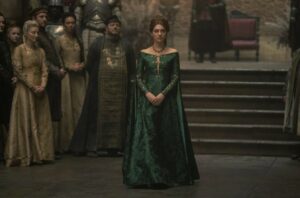 Queen Alicent wears green in House of the Dragon

Ever since that moment with Ser Criston, the Queen had been otherwise occupied. Her absence was even noted by King Viserys. Alicent was most likely thinking things through and composing herself for what is to come in the future. Eventually, during the wedding celebrations Queen Alicent makes quite an entrance wearing a gorgeous green dress that symbolizes something much deeper. We hear from the sidelines, from none other than Lord Larys Strong, that the beacon of the Hightower glows green when Old Town calls its banner to war.

For those who have read the books, they will be knowing that the Civil War takes place between two factions: The greens and the blacks. The greens are those who sided with Queen Alicent and Aegon Targaryen while the blacks are those who supported the claim of Princess Rhaenyra. In essence, Queen Alicent has declared war on House Targaryen more specifically her husband Viserys and the Princess Rhaenyra. The colors of the Targaryens is red and black. Green on the other hand is the farthest one can stray away from those two colors. This naturally denotes that she is no longer on their side and is signaling her absconsion. With her newfound sense of self preservation, it wont be long before Queen Alicent makes her next move.