Why Marvel’s Shang-Chi Changed The Ten Rings Into Bracelets 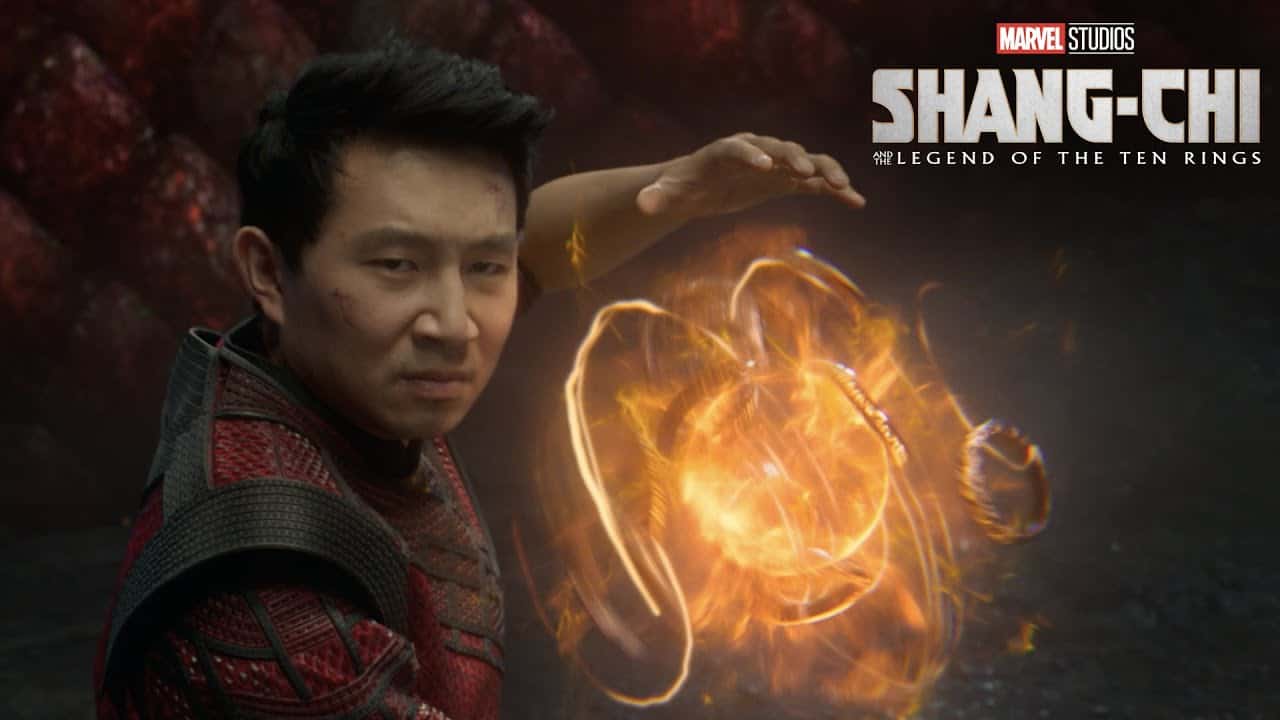 Marvel Cinematic Universe never shook off the power that Mad Titan held, and it is still felt everywhere, even after Thanos’ death in Avengers: Endgame. Shang-chi and the Legend of the Ten Rings just made its entry on the big screen, and so did Mandarin along with his mighty Ten Rings.

However, there had been an interesting series of events and changes that these strange but mystifying pieces of jewelry went through in order to finally be a part of MCU. While the ten rings were once worn in the fingers in Marvel’s comic book series, they’re now iron rings that are to be worn on the forearms. They are believed to have been inspired by Shaolin.

What is the actual story behind the Ten Rings? And why aren’t they like the ones we saw in the original comics? In an exclusive interview with Inverse, the director of the movie, Destin Daniel Cretton, and screenwriter Dabe Callaham share some insightful answers to our questions. In a nutshell, it can be said that the concept was flipped heavily because of the Infinity Stones, but there’s more.

Let us first look at a short history of the origin of Mandarin. In Marvel’s universe, The Mandarin is believed to be a descendant of the powerful Genghis Khan. After having stumbled upon a spaceship from the planet Maklu IV, curtsy of a dragon alien, The Mandarin comes across ten mysterious rings.

With the intention of ruling the criminal world and gaining massive power, the Mandarin takes the ten rings for himself. The comic book version of this is represented by finger rings of different colors and abilities, which spectacularly resembles the Infinity Stones. Marvel did not just spend 11 years creating something only to have to override the visual with the same idea.

“We were making this movie as Avengers: Endgame’s marketing was ramping up.”

He said that the producer Jonathan Schwartz specifically asked to “do something unique and different” for the Ten Rings so they wouldn’t look anything like Endgame. 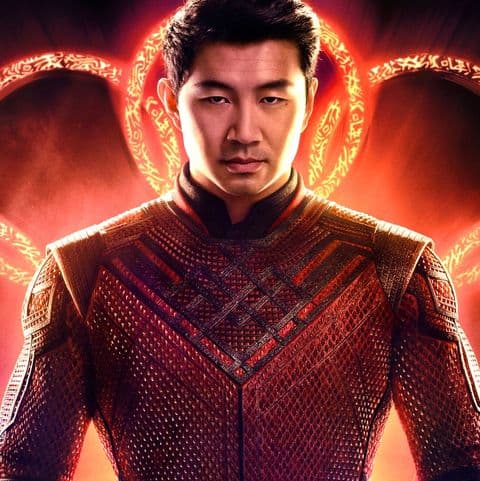 Hence, they changed the theme of finger rings to something more profound and even cooler. The MCU version of the Ten Rings leaves behind the colorful finger rings and replaces them with a single version of weapon with an unidentified origin. While Callaham says Marvel plans on explaining in detail where the weapon comes from, there are no such plans revealed yet.

This new visual is made of iron training rings. It is presumed that these were worn in the ancient times by Shaolin Kung Fu disciplines like Hung Gar. They not only signify the Asian art practiced for centuries, but the iron training rings have multiple uses such as strength and weight training, as well as hardening arm muscles and skin and bones.

Director Cretton and screenwriter Callaham said that this transformation of Ten Rings to Shaolin Iron Rings was inspired by the 1978 Shaw Brothers classic The 36th Chamber of Shaolin starring Gordon Liuas well as Stephen Chow’s cult classic comedy Kung Fu Hustle, released in 2004, which is where they were first spotted in cinema. 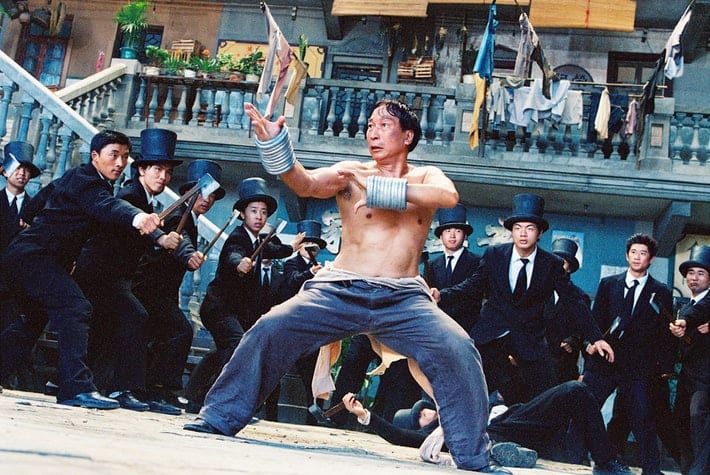 “We just knew we didn’t want to keep them on the fingers,” Cretton adds.

“The 36th Chamber was one of the big inspirations, [and] also Kung Fu Hustle, another great movie that used those weapons. It was through brainstorming while watching these movies that [it] clicked and made sense.”

In addition to that Callaham calls Marvel an incredible and collaborative experience. And went on to add that when working with creatives like the director Destin Daniel Cretton and co-writer Andrew Lanham, and producers Jonathan Schwartz and Kevin Feige himself, all you had to to was start bringing in department heads and fight choreographers and suddenly there would be “ideas coming out of everywhere”.

“The way Marvel works, every project is assigned to a small conference room,” says Callaham.

“Every day you just go in there and spitball ideas. All your secrets could be on the wall, and you wouldn’t have to worry about people coming in and out. You start to amass story notes, but also imagery and still shots and pictures of mythological creatures that start to inform the movie.” 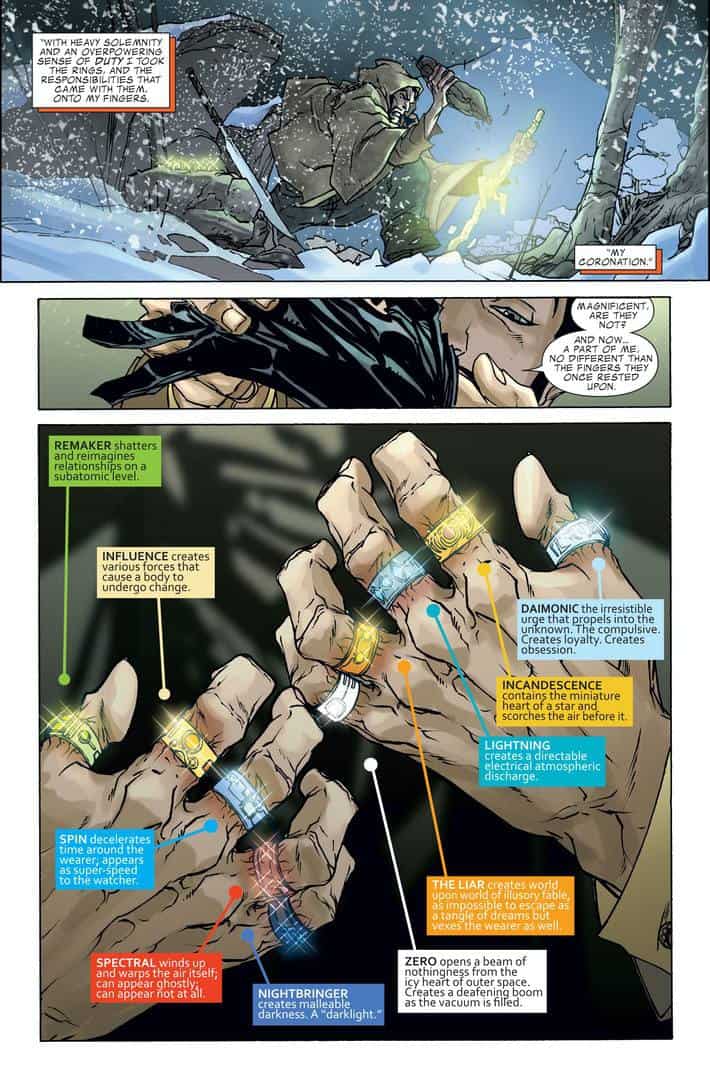 In respect to the picture of Marvel’s comic book reference of the Ten Rings above, Callahams recalls a conversation with the team and said,

“We all looked at [that picture] and said, ‘What about that?’. I don’t think we had to ask [Marvel head honcho] Kevin [Feige]. The minute it got said out loud, it was so obviously cool and different and set us apart that it was the obvious choice.”

“Finger jewelry is great, but it’s not specifically Asian. The imagery of iron rings is unmistakably martial arts. Immediately, you know you’re dealing with something more thought-out and more specific.”

Shang-chi and The Legend of the Ten Rings is now in Theatres.