Why Queen Alicent Wishes She Was Living Rhaenyra’s Life In House of the Dragon? 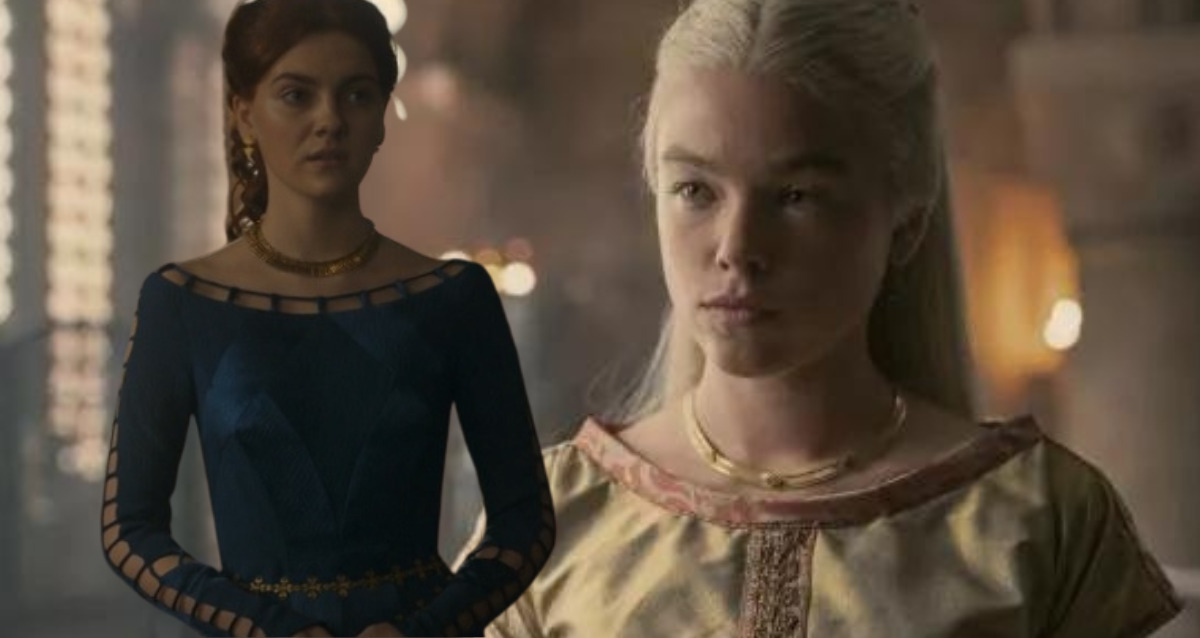 After a long wait following Daemon’s triumph at Stepstones, we’ve returned to House of the Dragon with the release of episode 4. In one of the scenes, we see Queen Alicent exchanging words with Princess Rhaenyra wishing to be in her shoes.

That’s a huge “Wish”, given that Alicent is now the Queen of the Seven Kingdoms and has more power, and control over anyone compared to her old friend Rhaenyra. So, what pushed her to think that? Let’s find out.

Unlike Alicent, Rhaenyra Can Choose Who To Marry

Alicent’s expression betrayed his sense of loss. She was putting on a bright front and doing her tasks, but inside she felt like a prisoner in her own home. She wished to be in her friend’s shoes. She explains that it was quite unusual for a princess to have her pick of two suitors, but she was fortunate to have so many options.

Despite this, Rhaenyra reassured her that it didn’t make a difference how many suitors there were, all she really wished was to find someone who could really love and appreciate her. To her knowledge, all they cared about was to get her name and the blood of the old Valayria in her children. Whilst chatting with Rhaenyra, Alicent felt a little squeeze. She’d gone from being a person to something that guys might use as bargaining chips. She married a guy more than twice her age while she was still a teenager. She was compelled to do it by the King’s hand and her father Otto High Tower, and unlike Rhaenyra, she lacked the confidence to stand up for herself.

Like other women of her day, she kept her emotions under check. She was brought up to respect people in authority and do what she was told without questioning her superiors. It was always morally and ethically acceptable under the patriarchal culture to deprive women of equal standing, and those who battled against this were labeled as corrupt and dishonest.

Rhaenyra Feels Both Viserys and Alicent Betrayed Her King Viserys and Lady Alicent in House of the Dragon

Rhaenyra knows the King must remarry because of the weight of the Iron Throne‘s duty. However, she has no idea how the Throne is really controlled. Because of this, Rhaenyra failed to anticipate the treachery perpetrated by Viserys and the person she had always considered her closest friend, Alicent. She was completely oblivious to their relationship. She had no idea that her best friend—the one person who had been there for her throughout her mother’s death—was secretly plotting to replace her with a new mother and betray her together.

In truth, Otto Hightower has forced her hands and told her to web the grieving King, even though she has always said she’ll never do so if given the chance. Alicent only thinks of him in terms of a father figure. Unfortunately, Rhaenyra doesn’t know that, and she still thinks Alicent deceived her. And so did her father, who married her closest friend despite knowing how much it would upset her. 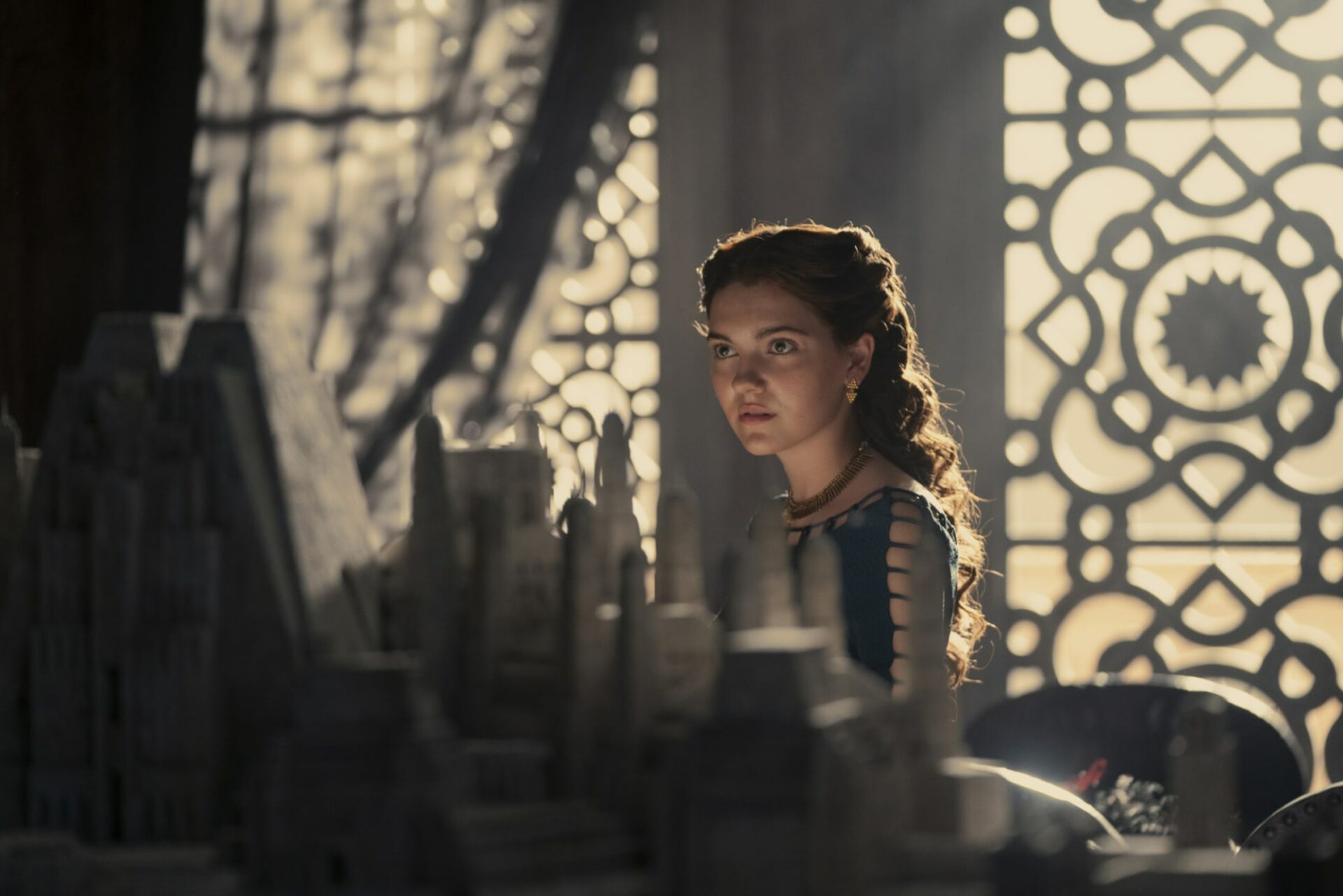 Because of her youth and naiveté, Rhaenyra has not yet seen the depths to which a man like Hightower will go in order to gain control. Or, how a powerful position might taint a person like Viserys. She is young, though, and will grow. Rhaenyra will need to understand how the game works and that no one is her friend and those who are can stab her in the back the first chance they get.

It’s clear that Alicent and Rhaenyra’s lives couldn’t be more different from one another. While the princess relished her unexpected independence, the queen lamented being confined by her royal status. She had no idea how her situation had turned out. She wished she had the freedom Rhaenyra enjoyed. 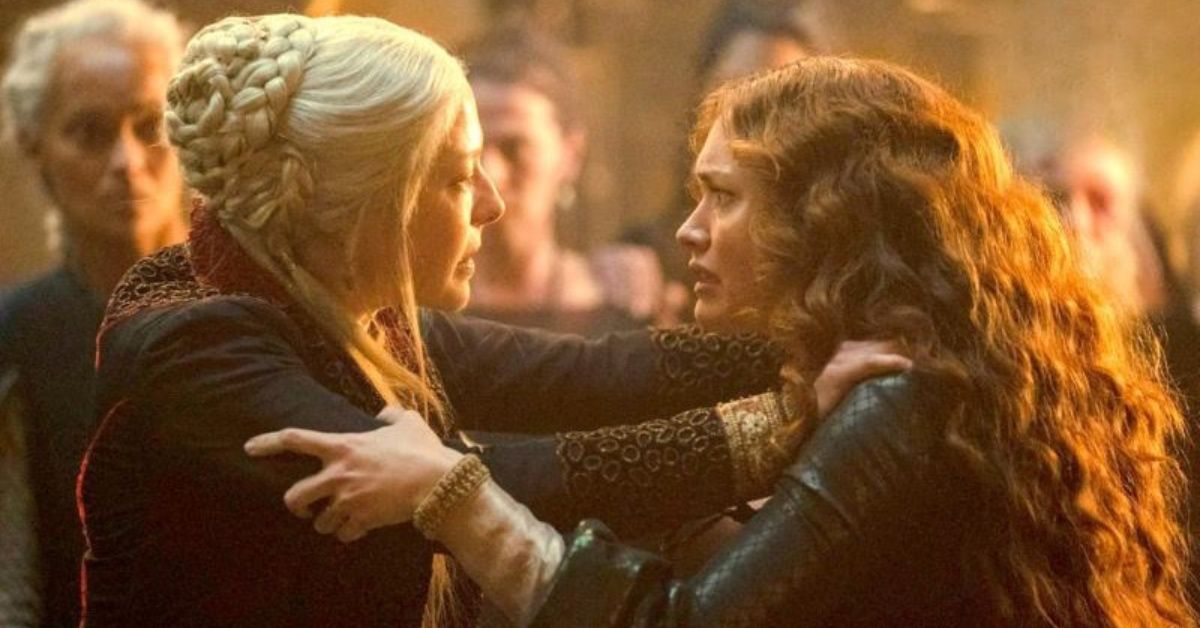 Princess Rhaenyra and Lady Alicent ( All Grown Up)

Despite her status as queen and her access to every material good, Alicent Hightower felt inwardly empty and distant from others. Knowing she didn’t have many friends, she placed high importance on Rhaenyra’s presence in her life.