The Witcher gained worldwide success thanks to the Netflix series starring Henry Cavill as Geralt of Rivia. It is based on a book series as well as short stories, all written by author Andrzej Sapkowski (Polish). Now, there are a lot of elements of the books that fans have loved. But they have also questioned some aspects of it.

One aspect of the series that has frequently been criticized is the absence of female witchers. In the books, along with Geralt, the other witchers are also male. So questions have been asked frequently- why are there no female witchers?

Why Are There No Female Witchers?

We already established that the witchers are all male. However, there are different kinds of sorceresses in Sapkowski’s world. But the way a sorceress’s training is done is different from that of a witcher. A witcher trainee begins preparing to be a full-fledged witcher from a young age. They have to undergo intense mutagenic compounds, alchemical processes, and magical training. Not to mention the back-breaking physical training they also have to undergo.

Due to all these trainings and injections, the trainees show multiple mutations. These mutations give them their signature speed, strength, endurance, and way more. However, there is an exchange. These processes leave them sterile.

Know that the applications of the mutagenic compounds or the different kinds of training that they have to undergo isn’t the end. This is because if a witcher trainee wants to be known as a witcher, then he has to go through something known as the Trails. These are a batch of tests that change the trainee with secret infusions, herbs, and more.

The first one out of these is called the Trial of the Grasses. This is a test that takes a whole week and is famed for being especially painful. In here the witcher students has to absorb special viruses as well as alchemical ingredients to modify their physiology. This trial is so intense that only a few of them make it to the other side.

However, those that do live get lightning-fast reflexes, sharpened senses, physical strength, and a slow aging rate. As such, it’s said that intense training is the reason why there are no female witchers. It’s said that female trainees did indeed go through this trial, but none of them lived through it.

Now, we can accept the fact that the trials are too intense, but it’s a little difficult to believe that just no woman survived them. After all, even in a fantasy world, it makes women come across as weak. Also, it surely would have been easy for Sapkowski to include some female witchers at least. But the fact that he didn’t does smell a little of sexism and misogyny to us.

However, some people have given a more probable real-world response to this question. They have said that only men survived those trials, and that too only some of them, because the adrenal hormone response is way stronger in males.

Is There A Chance That Ciri Will Be A Witcher?

In the Netflix series, we follow three main characters- Geralt of Rivia played by Henry Cavill, Yennefer of Vengerberg, a sorceress played by Anya Chalotra, and Ciri, the Cintran crown princess played by Freya Allan. 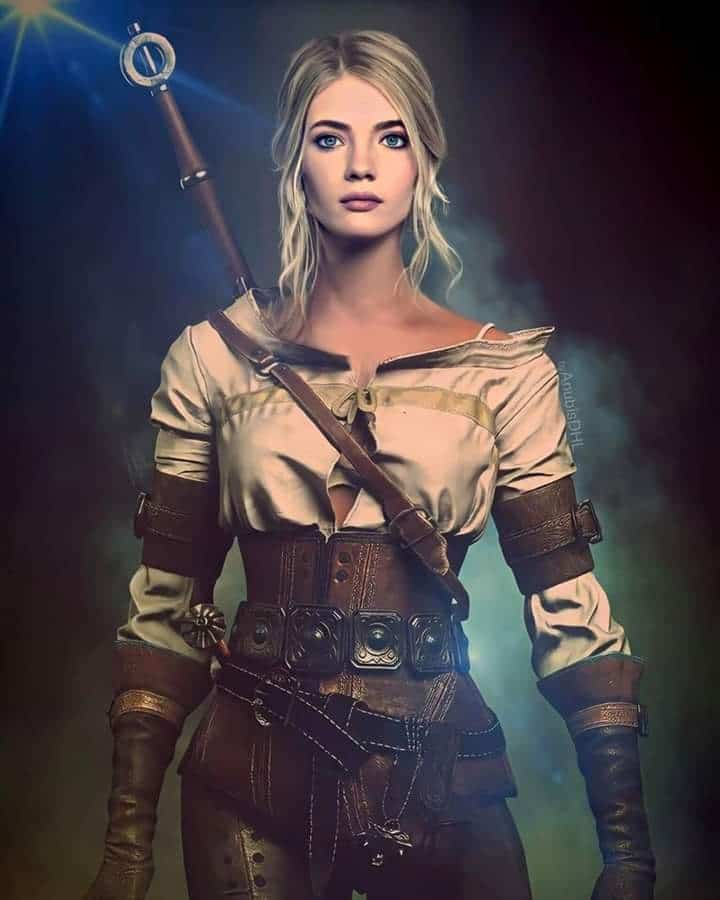 In season 2 of The Witcher, fans will be again following these three. But in the new season, Geralt as well as the other witchers will be training Ciri. However, this doesn’t mean that she will be made one. Why is that?

This is because even if Ciri trains with the other witchers in Kaer Morhen, she won’t actually be a witcher. After all, she won’t be undergoing the same kind of trials and tests which made Geralt, as well as the others, witchers. Instead, she will just be thought of as an affiliate to the School of the Wolf.

However, even if Ciri doesn’t become a witcher, it will still be really interesting to see her entire training, and the transformation resulting from the training. You can watch The Witcher season one on Netflix, before season two premieres.