Exploring whether Prince Daemon Targaryen will prove to be a good husband to Princess Rhaenyra Targaryen and remain faithful to her in House of the Dragon.

House of the Dragon fans are gushing over the violently charming Daemon Targaryen. Despite him murdering his first wife Lady Rhea Royce and leaving Rhaenyra at the Street of Silk fans are in love with Daemon. In fact, he has become sort of an internet boyfriend. Naturally, all the credit goes to Matt Smith who has such charisma and aura about him. He has brilliantly portrayed the rogue and dashing Prince Daemon with his own unique touch. The internet has been torn over the debate of whether Prince Daemon truly loves Rhaenyra or not. Nonetheless, previous House of the Dragon episodes have shown that Daemon does care for Princess Rhaenyra. However, the question remains whether he will continue to be a good husband to Rhaenyra.

Fans have been stanning Daemon and Rhaenyra ever since Milly Alcock was playing her. Putting aside the incest, fans were shipping them when Princess Rhaenyra was just 17 years old. However, this ship just got stronger over time and really took off with House of the Dragon episode 8. Vaemond Velaryon called Rhaenyra’s children bastards. In fact, he even went to the extent of calling her a whore. This is when Daemon unsheathed his sword Dark Sister and killed Vaemond Velaryon. Fans claim that this was Daemon protecting the honor of his wife. However, just like Daemon’s every action, this too had a multitude of reasons. His move of killing Vaemond Velaryon not only eliminated a strong opposition but also stood as a warning for all others who dared to cross their paths.

The death of Lucerys Velaryon

Despite Prince Daemon Targaryen’s flaws, he did care about Princess Rhaenyra and her children. He even looked out for her sons who were fathered by Ser Harwin Strong. When news broke that Aemond Targaryen had killed Lucerys and his dragon Arrax, Daemon swore revenge. He promised his wife, Princess Rhaenyra that he would avenge the death of her son Lucerys Velaryon. Consequently, he sent two assassins Blood and Cheese to the Red Keep to kill one of Aegon II and Helaena’s sons. This shows how Prince Daemon fulfils his role as a husband and father.

His relations with Nettles

Prince Daemon was not entirely faithful to Princess Rhaenyra throughout their marriage. In fact, he had romantic relations with a dragonseed and dragonrider known an Nettles. Moreover, when Princess Rhaenyra heard about Daemon and Nettles from her Mistress of Whisperers, Lady Mysaria aka the White Worm, she ordered the murder of Nettles. She also sent a letter ordering Daemon to return to the capital. However, Daemon stopped the assassination of Nettles and even helped her escape. Then, instead of returning to his wife, Princess Rhaenyra, he went to Harrenhal. Rhaenyra never saw Daemon again as he perished after his fight with Aemond at God’s Eye and she died at the hands of Aegon and Sunfyre. 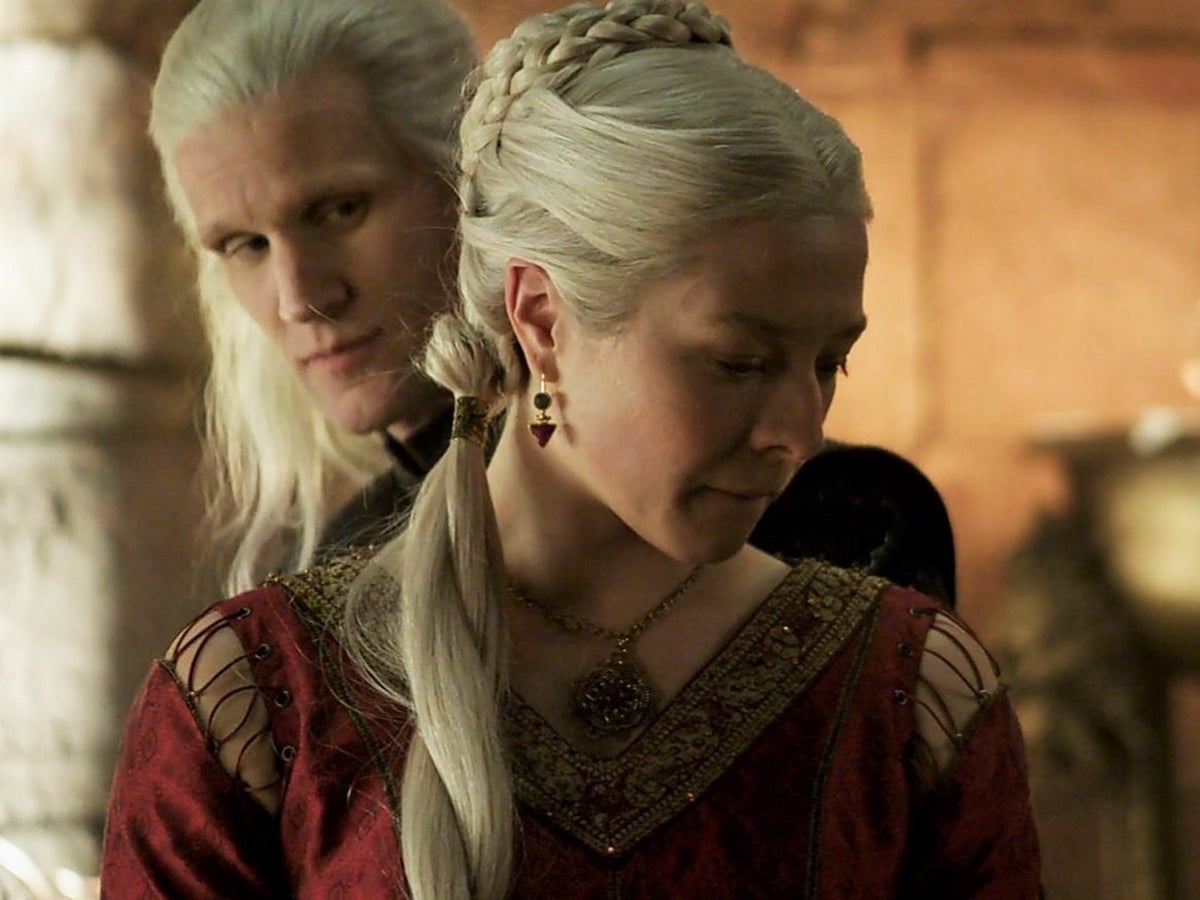 This comes as no surprise to us, that Daemon Targaryen is not entirely capable of being the perfect husband or partner. His toxic and self-serving personality gets in the way of him having a proper relationship with anyone and everyone. As Matt Smith himself has said before, Daemon has only ever loved two people, his brother King Viserys and his niece, Princess Rhaenyra. Despite that love and respect, Daemon has hurt both of them on several occasions and continued to have a rocky relationship with them. So for all the Daemon and Rhaenyra shippers, sorry to break it to you, but he is not going to be the perfect husband to her. In fact, we at Wiki of Nerds believe that Rhaenyra belonged with Ser Harwin Strong! But that does not make us love Daemon Targaryen any less.