Will Episode 6 Prove Us Right Or Wrong With The Return Of Grogu?

This week’s episode of The Book of Boba Fett has answered an important question about the upcoming third season of The Mandalorian. The absence of the show’s title character in the fifth episode was a shock. Despite the appearance of Fennec Shand at the end of the episode, this episode was all about Din Djarin and his journey.

Din Djarin had defeated Moff Gideon in the second season of The Mandalorian and sent Grogu to study with none other than Luke Skywalker to learn the ways of the Force. Grogu’s return in season 3 of The Mandalorian was the most frequently asked question. Boba Fett, despite not providing an unequivocal “yes” or “no” to that question, accomplished something far greater.

Will Grogu Appear In The Book Of Boba Fett Episode 6?

Boba Fett’s appearance in the third season of The Mandalorian proved that the show could go on without Grogu, which was a major concern going into the season. The fifth episode of The Book of Boba Fett had enough conflict and character development to last Din Djarin through a season of hardship. To set the stage for Bo-Katan Kryze and Din Djarin’s future reunion, as well as the possibility that Djarin will one day rule Mandalore, this episode shows Din Djarin being expelled from his clan.

Season 3 of The Mandalorian will feature Din Djarin dealing with the emotional fallout from the loss of his only remaining close relationships. But the show’s focus on Mandalorian mythology and culture is likely to deepen considerably. While Djarin is shown learning how to use the Darksaber, its significance is also explained in the Mandalorian’s Book of Boba Fett episode. A third season of The Mandalorian may be devoted to the Mandalorians themselves, and Grogu isn’t a necessary part of this.

The Impact Of Grogu On The Show

Despite the fact that Grogu is one of the most endearing characters in the Star Wars universe, he may have already served his purpose. In The Mandalorian, Grogu’s primary goal could have been to steer Din Djarin away from his reputation as a ruthless bounty hunter. As a result of Grogu, Djarin’s compassion grew, setting him on a path that could pay off in a big way when he faces his people in the next season of The Mandalorian.

A number of times in The Book of Boba Fett episode 5, a reference to the young Padawan was made. At the end of the episode, Din Djarin gives a tease that he wants to visit Grogu and give him a gift. In spite of this, any future appearance of The Mandalorian in Boba Fett would indicate that Grogu and Djarin have reunited off-screen. Although The Book of Boba Fett does not give any further hints about The Mandalorian Season 3, Din Djarin is sure to have a lot to deal with regardless of whether or not he’s on his own.

The Mando And The Child: A Love Story

We had all been waiting for this moment for a long time. A father-son connection was strained after two seasons of seeing the Mandalorian and Baby Yoda become inseparable. As Din Djarin fought back tears as he saw his adoptive son Grogu depart for Jedi training with Luke Skywalker. Mando’s decision to just let the Child depart with this enigmatic figure may seem unusual, but it was the greatest decision Din could have taken.

To return to training after being so disinterested in Ahsoka’s companionship, Grogu does not budge to anything, for he knows his future clearly and what lies in his path ahead. A tiny force of Dark Troopers escorts the hapless little boy from Tython to Moff Gideon. After being captured by the Empire and forced to battle with stormtroopers, Gideon confronts Grogu with the Darksaber, only to find that Grogu is unable of even raising an arm, much alone engaging in combat. After that, what makes Din think he wouldn’t want to learn how to protect himself? After all, Luke says, the Child won’t be safe until he learns how to use his powers.

What Are The Chances Of Grogu Returning? 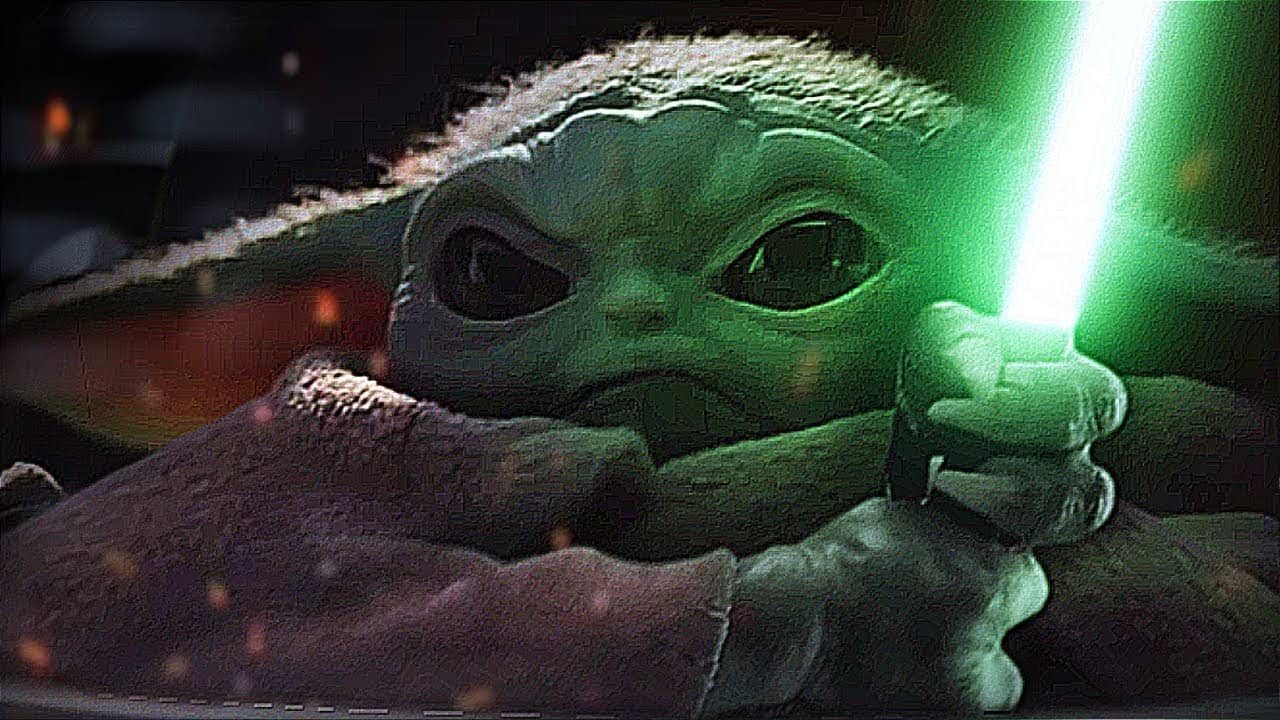 Unexpectedly, The Book of Boba Fett concludes with an episode that seems like a direct continuation of The Mandalorian Season 2 finale. Mando goes back to his old job as a Bounty Hunter after giving up Grogu to Luke Skywalker in “The Rescue.” To us, it’s clear he’s looking to reconcile with his former Mandalorian comrades, The Armorer and Paz Vizsla. Mando gives up his Beskar spear and asks Armorer to make it into a present for him as a consequence of their reunion. Grogu is expected to emerge before The Book of Boba Fett is finished, and the wrapping paper even bears a striking resemblance to the little Jedi’s head.

Because of this, Grogu and Din are unlikely to stay apart. In season 3 of The Mandalorian, Mando says that he and Yoda will see each other again, so we may hope for a pleasant reunion. With more experience under his belt, the Child will be much more secure while traveling with Din. Consider how many times Grogu utilized his powers to get Mando out of a jam in season one – and how much better off we’d be if he could do it again without being worn out. For the time being, Din’s choice to let Grogu go was the best one.