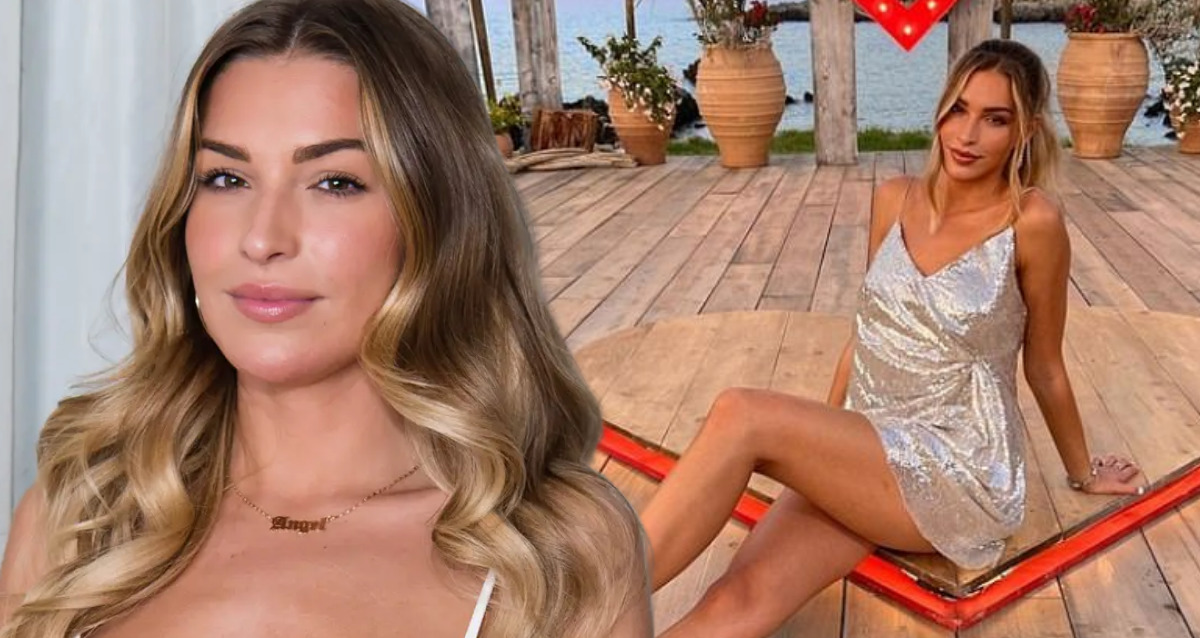 Zara McDermott is nothing short of a showstopper as she stuns in a striped bikini on the beach in Ibiza on Saturday.

The 24 year-old former Love Island star is love struck in the picture that sees her kissing her 29 year-old boyfriend and Made In Chelsea star, Sam Thompson.

The pair took a fun getaway on Friday for the long weekend on the island. And Zara McDermott included her 1.6 million Instagram followers by leaving tiny updates from the trip. 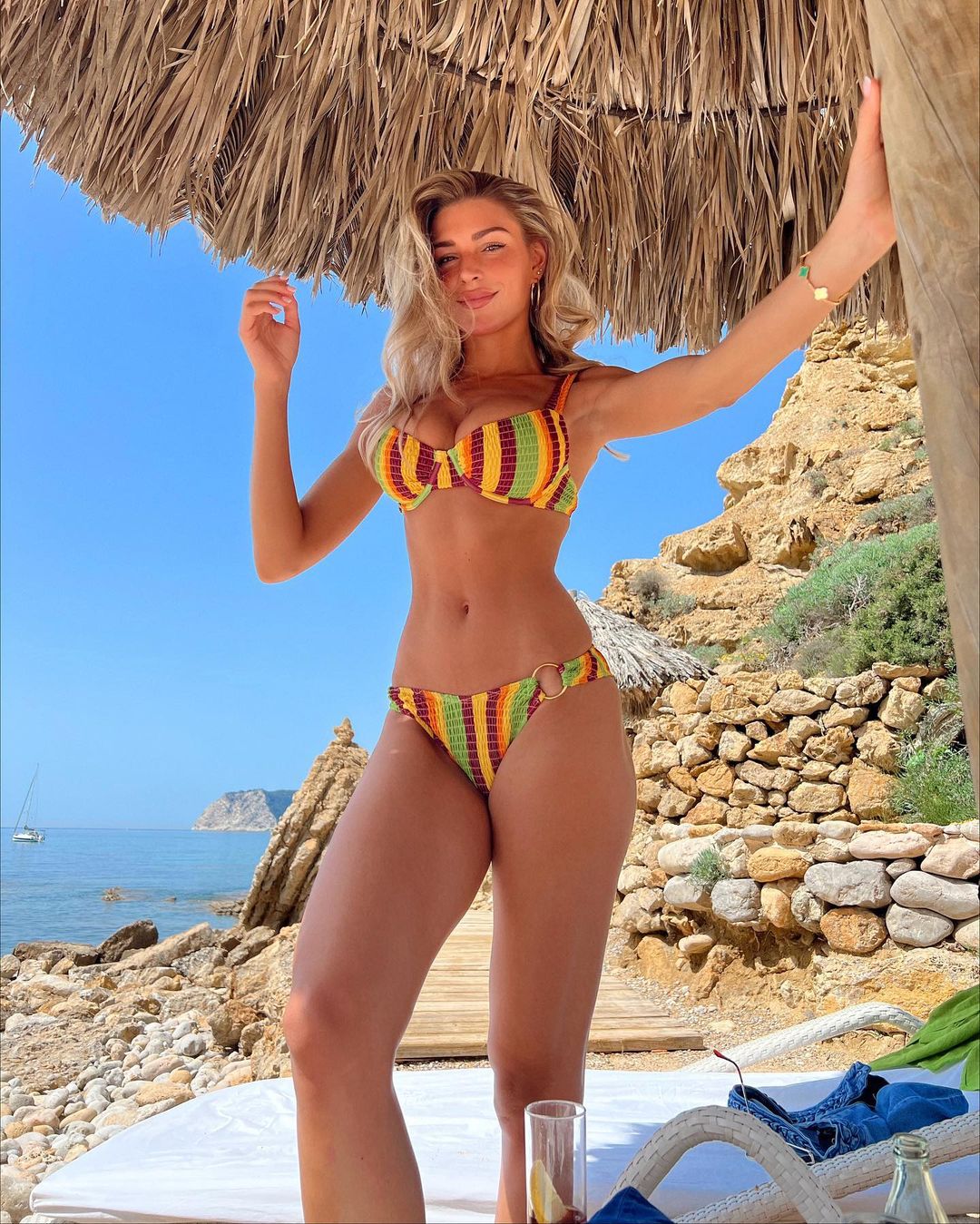 Zara McDermott posed in a striped bikini in Ibiza/ Instagram

The ITV2 star was basking in the sun as she put her enviable toned figure on display. She wore a multicolored striped two-piece and left her blonde tresses naturally down.

Zara McDermott and her beau enjoyed ice creams and the ‘best meal we’ve ever had’ as they traveled to the south west coast of the island.

She covered up her bikini in a lime green shirt which she kept unbuttoned. The garment allowed a proper view of her beautiful curves as they had a scrumptious meal with four main courses at lunch. 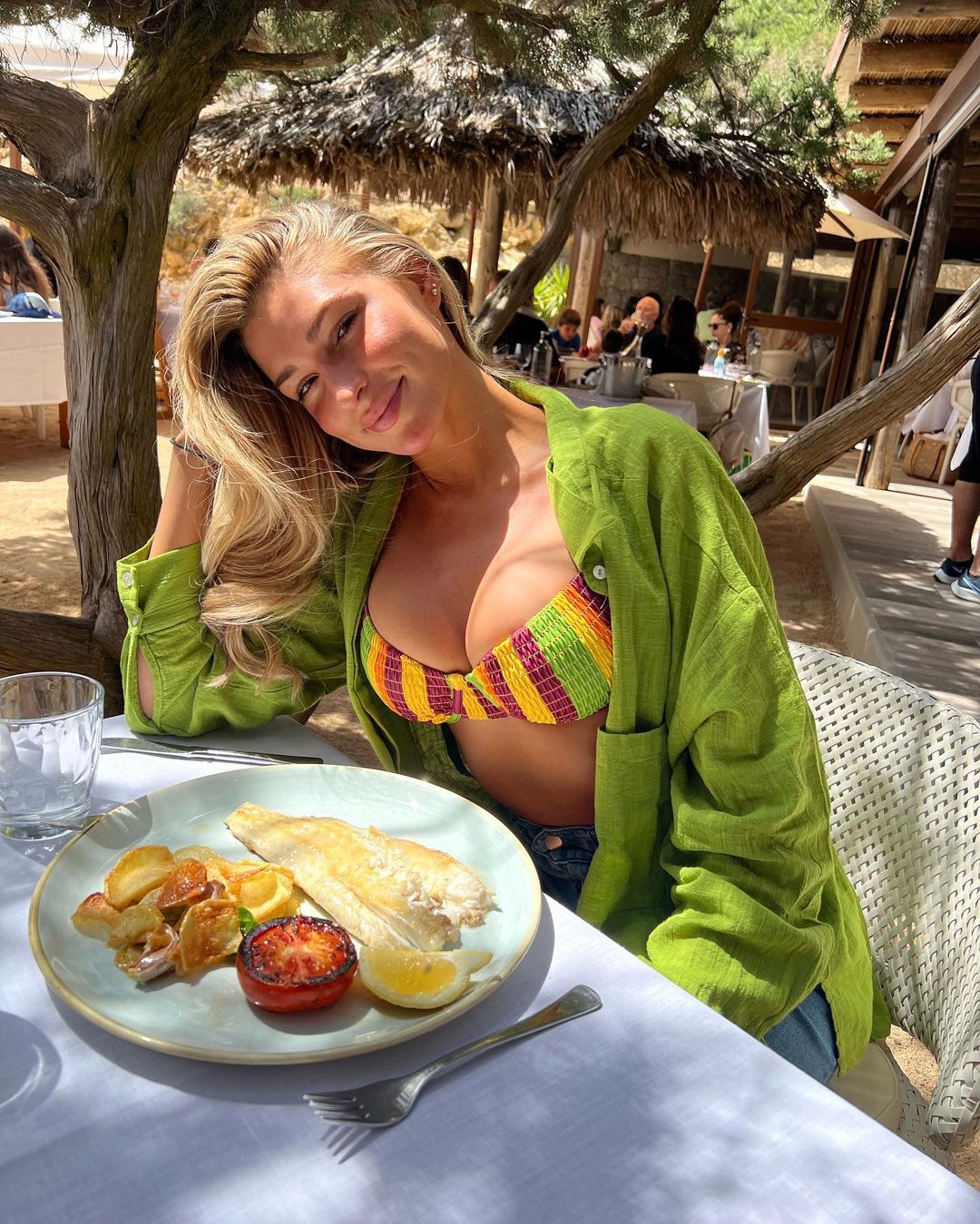 The ITV2 star soaked up the sun/Instagram

After lunch, the couple headed back to their sunbeds where Sam pictured Zara as she smiled for the camera with her thumbs up showcasing her ‘bloated’ stomach.

In the caption of the snaps, McDermott wrote: ‘Before lunch > lunch (best meal we’ve EVER HAD) > after lunch.

‘So today we spend the day at Es Torrent!!! A little tucked away beach on the south west coast of the island! 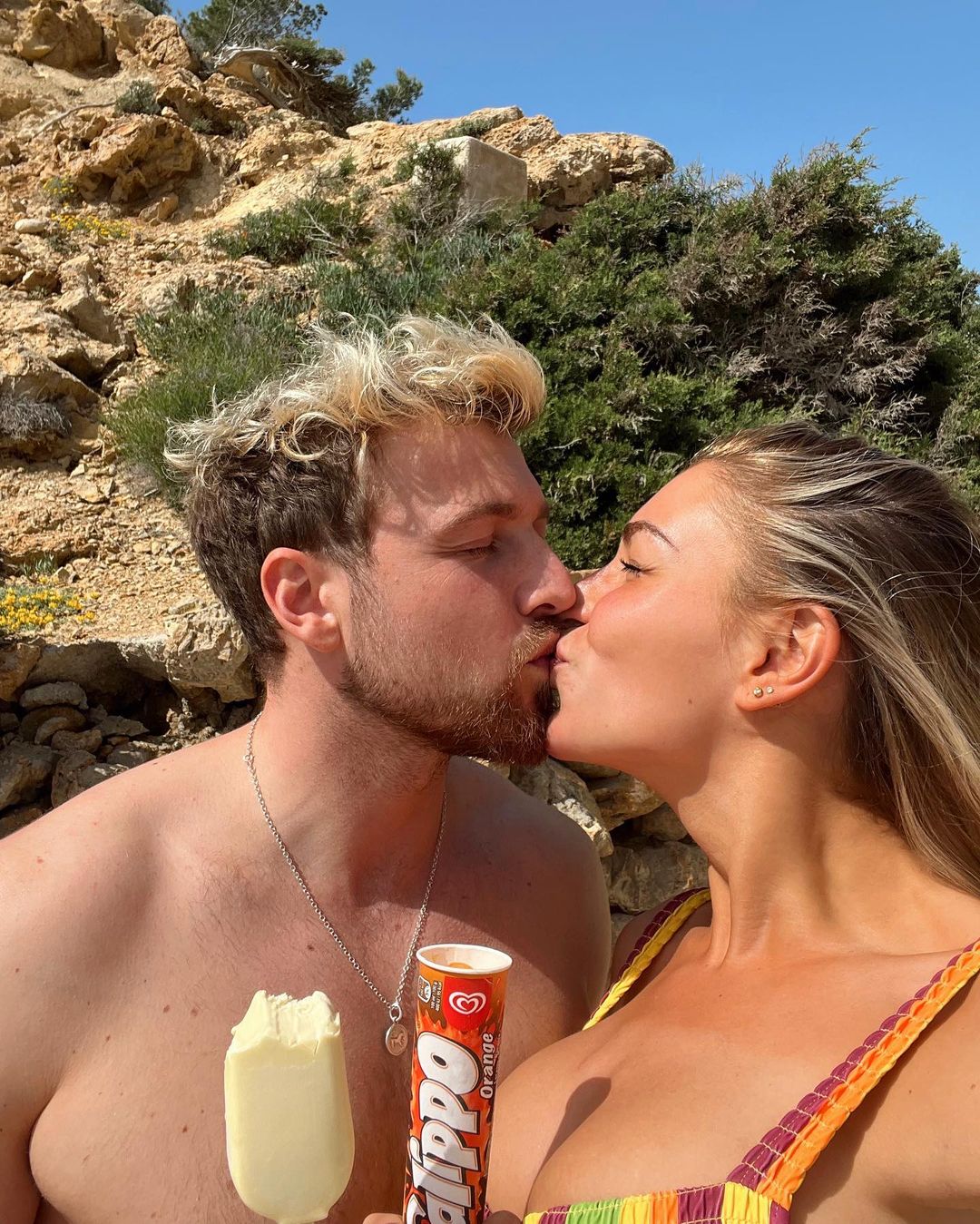 Compliments To The Chef!

‘It was recommended to me and wow it really didn’t disappoint.’

She went on to explain what they ordered: ‘We ate lots of fresh fish (we literally had 4 main courses of different fish because we wanted to try it all!!). If you’re into good fresh food, this place is a must especially if you love fish.

‘Now we are spending the rest of the day chilling on the beach, tummy’s filled with some of the best Mediterranean food we’ve ever had!! (Pic 6) this is a fun day out if you’re headed to Ibiza any time soon.’ 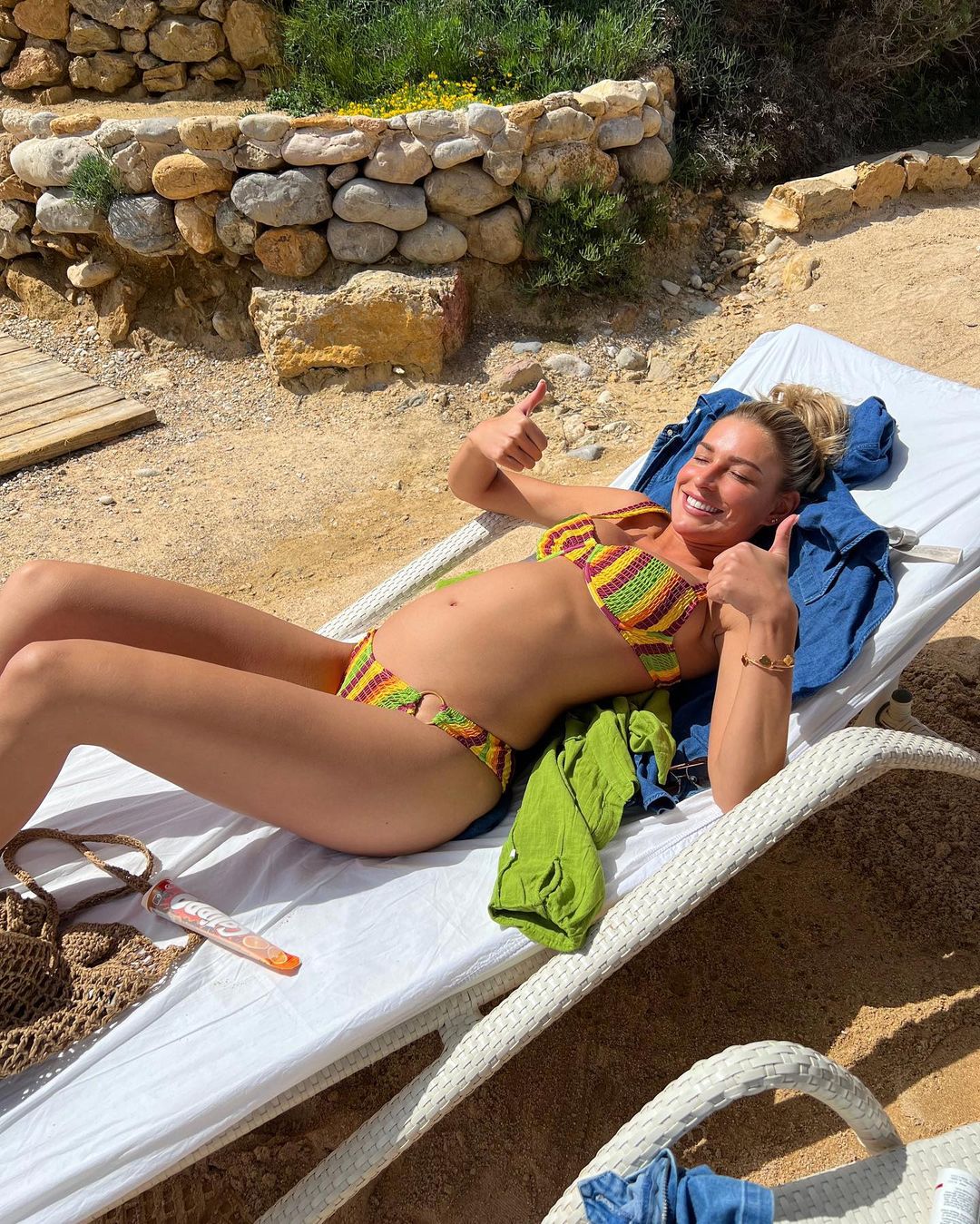 ‘Lol, the bloat is real’ 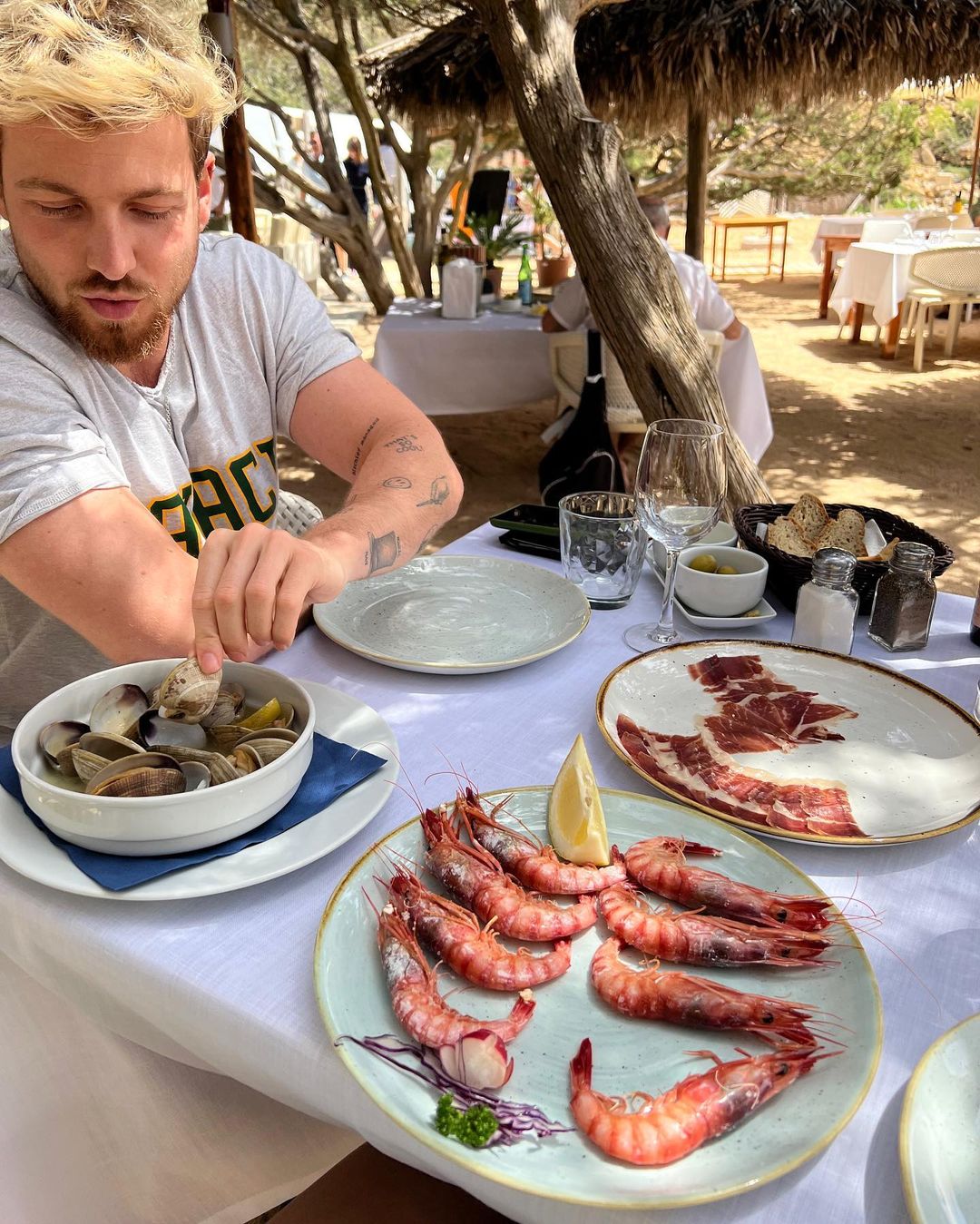 Zara posted the slew of images on her Instagram Stories, and addressed her fans with, ‘Lol, the bloat is real’ as she swept her long tresses up into a high bun.

This little rendezvous comes after the BBC Three documentary star said she’s a ‘totally different person’ after presenting BBC’s Love In The Flesh.

McDermott took to Instagram earlier this week to express her emotions and feelings regarding her time on the channel’s new dating show. 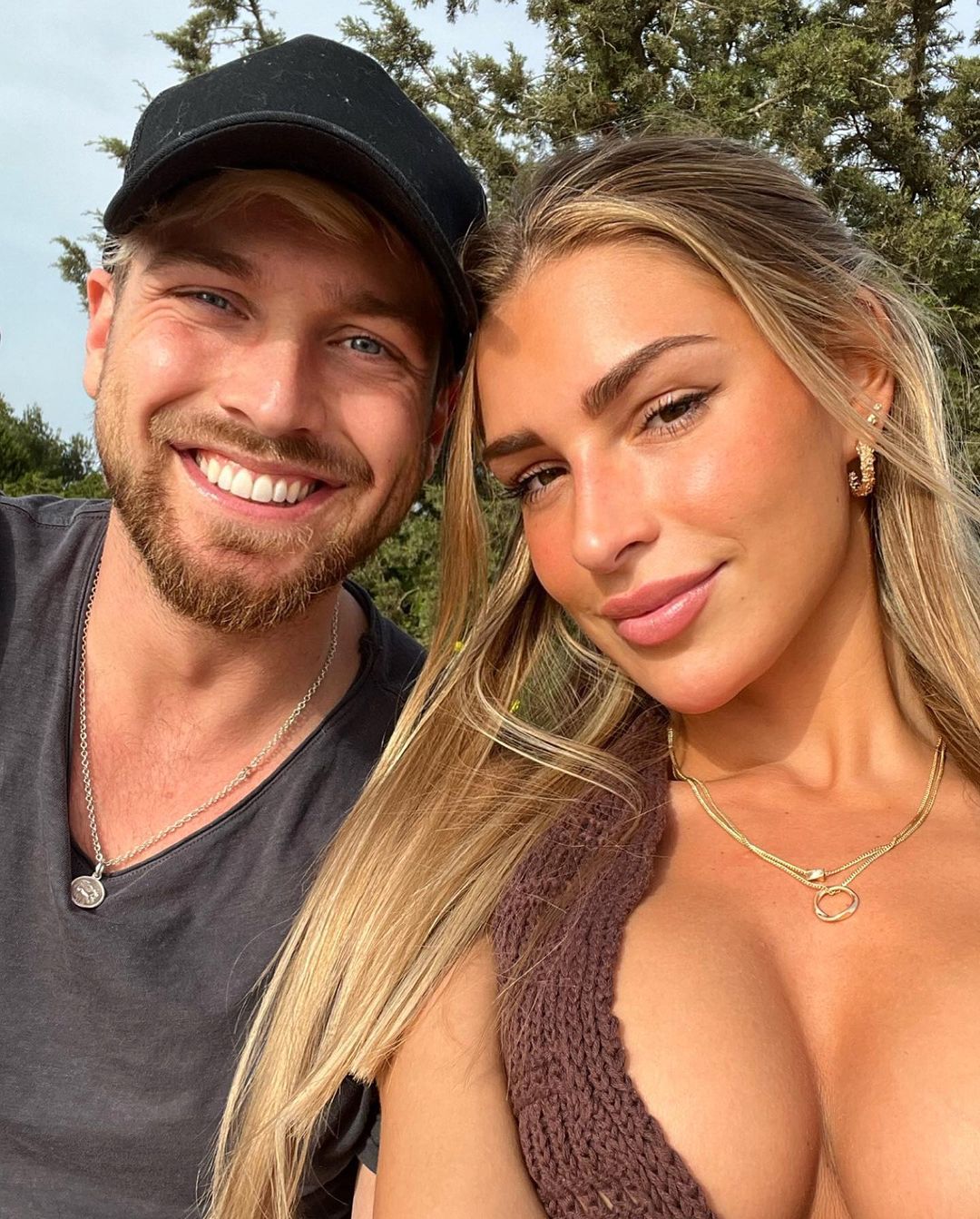 The couple jetted off on Friday for a fun filled weekend

Zara is clearly still thriving with her new gig. The TV star posted a carousel of throwback pictures from the Greece beach house where the series was filmed last year.

She also revealed a fun behind the scenes glimpse with the cast and crew as they filmed the hit show.

Zara McDermott Wraps Up Love In The Flesh

On her official Instagram, she wrote: ‘THAT’S OFFICIALLY A WRAP FOR LOVE IN THE FLESH. 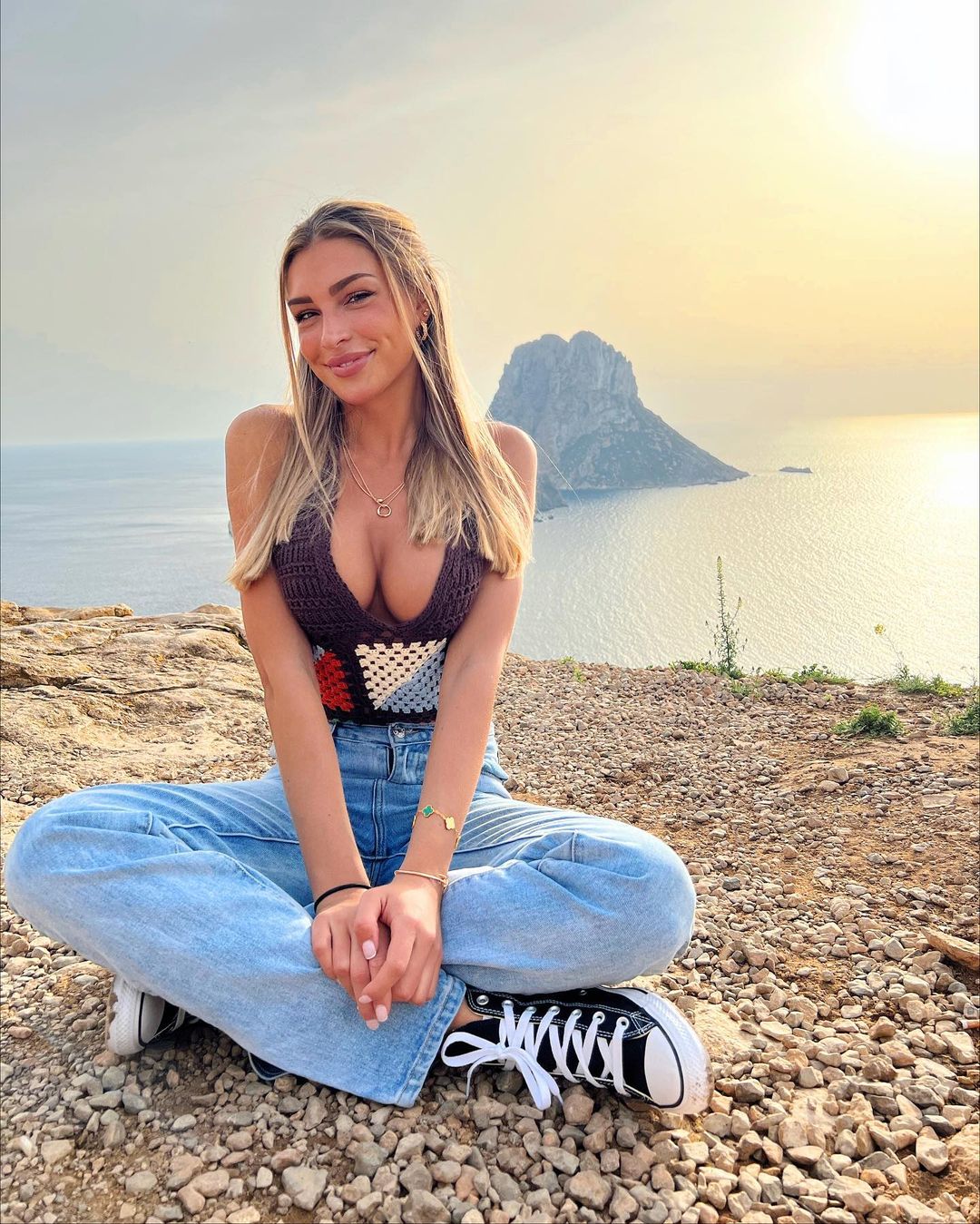 ‘I can’t quite believe I’m writing this. I remember getting the first phone call about this show in around May of last year from my commissioner.

‘He told me about the show; at this point it was very much a concept and nothing had been hugely planned out yet.

‘But I just knew that this would turn into something amazing. And my gosh, it did. I was obviously super nervous because I’d never done anything like this before. 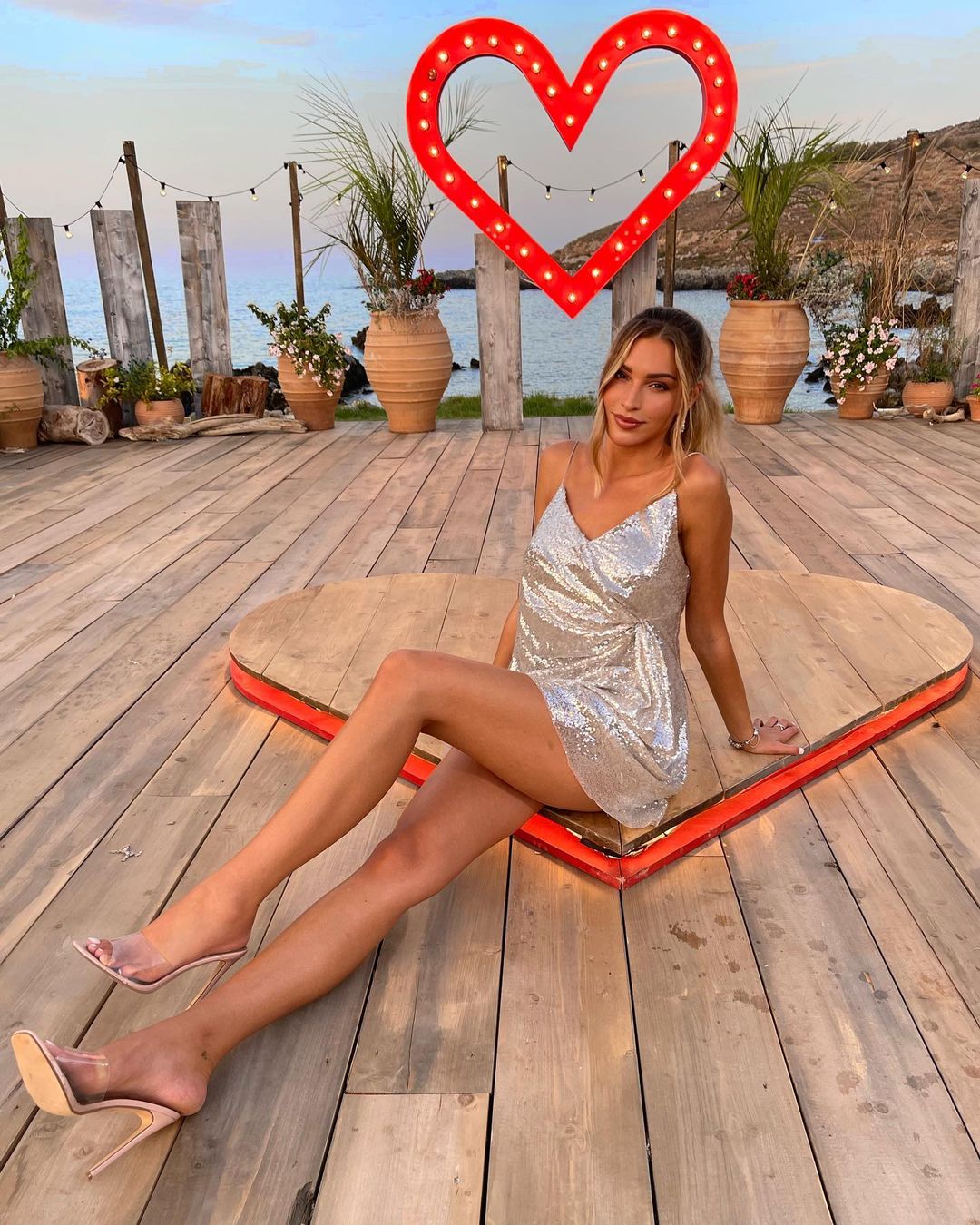 She added: ‘I was half way through filming my second documentary and so the idea of presenting an entertainment show of this scale on my own was scary, but exciting! But from the moment I got there, as a team we all gelled beautifully.

‘All 120 of us. From the directors, to the runners, to the gallery, to the welfare team. To my BBC Family & to Ten66. To the incredible contributors, who opened their hearts.

Speaking about the life changing experience she said: ‘Thank you from the bottom of my heart for being so wonderful. For this incredible opportunity, and for the memories that will last a lifetime.

‘I walked onto that set never having delivered a piece to camera in my life, never learning a script; and I walked off see on that last day a totally different person, with a new found confidence. And that’s because of all of you.

‘Love you all so much!!! Team #LITF forever. Congratulations to our winners Chibz and Shazelle. You deserve every happiness.

‘Also. Shoutout to my best friend @charlipaton who sat up with me until 2am every night learning my scripts with me, helping me every step of the way and being my rock. How lucky am I to have you.’ 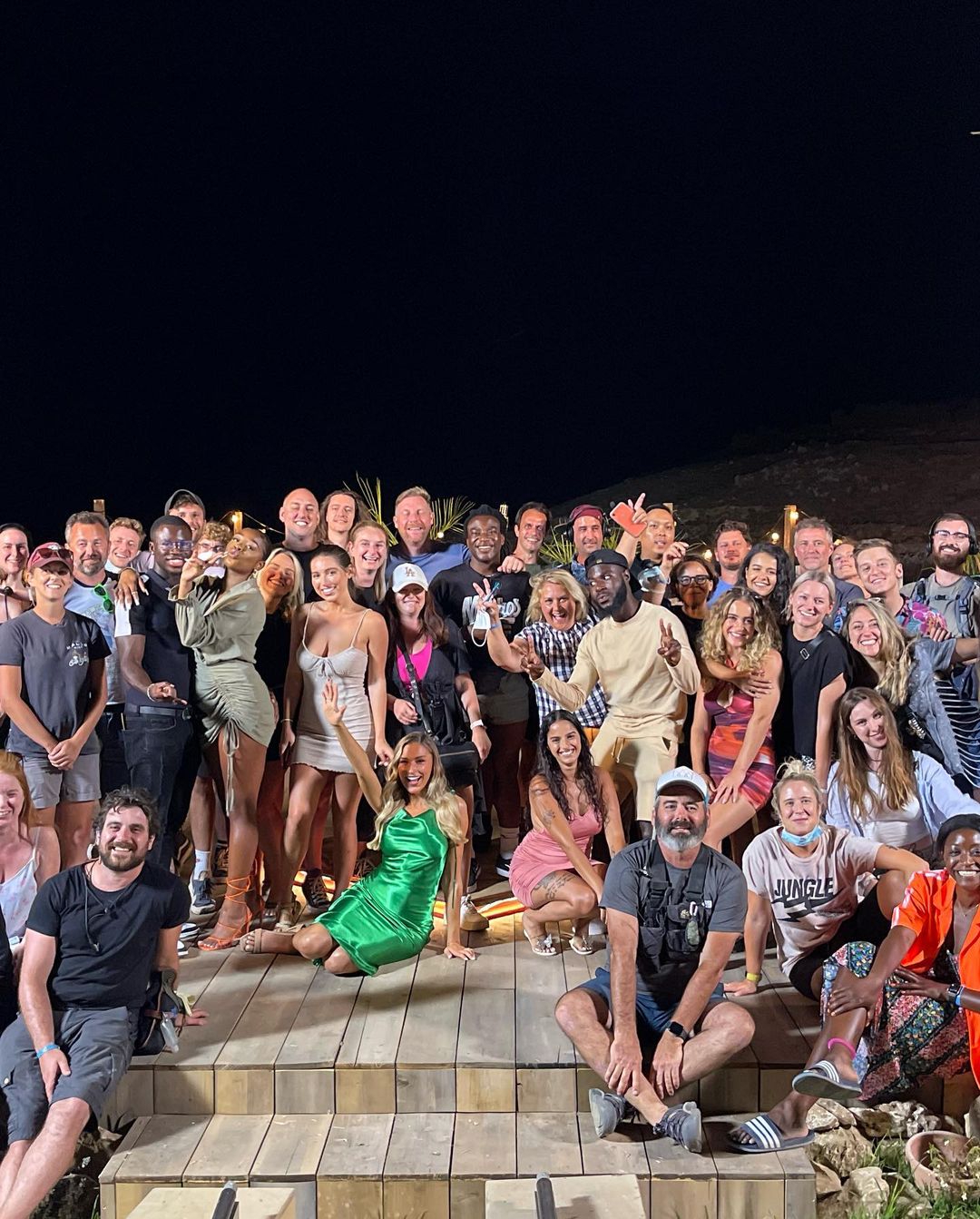 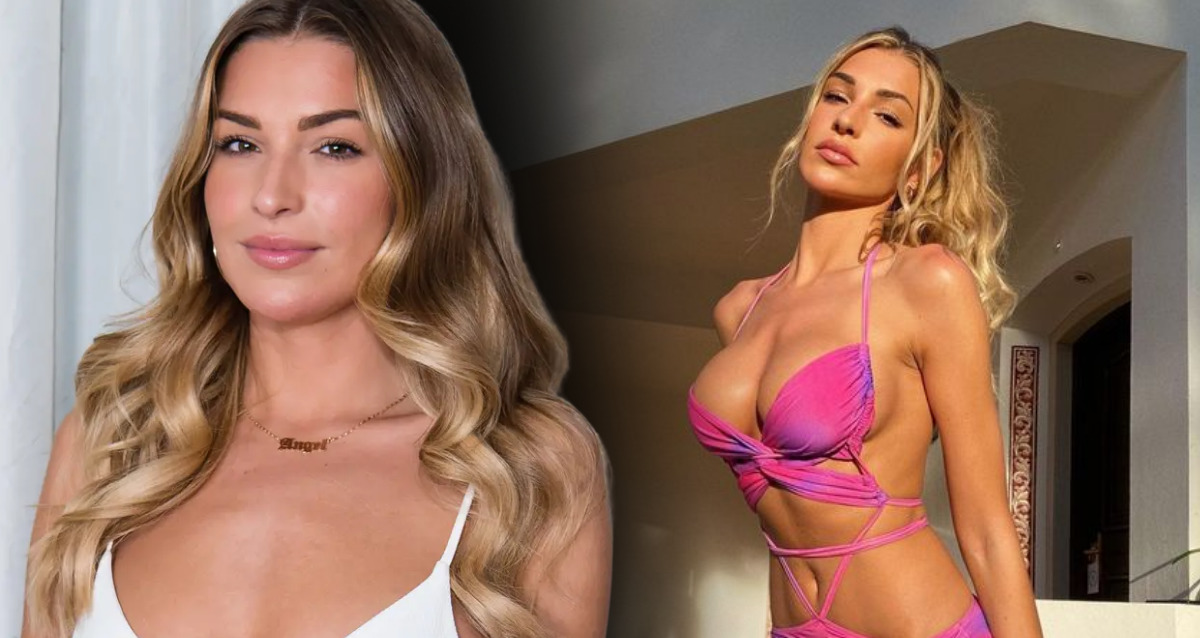 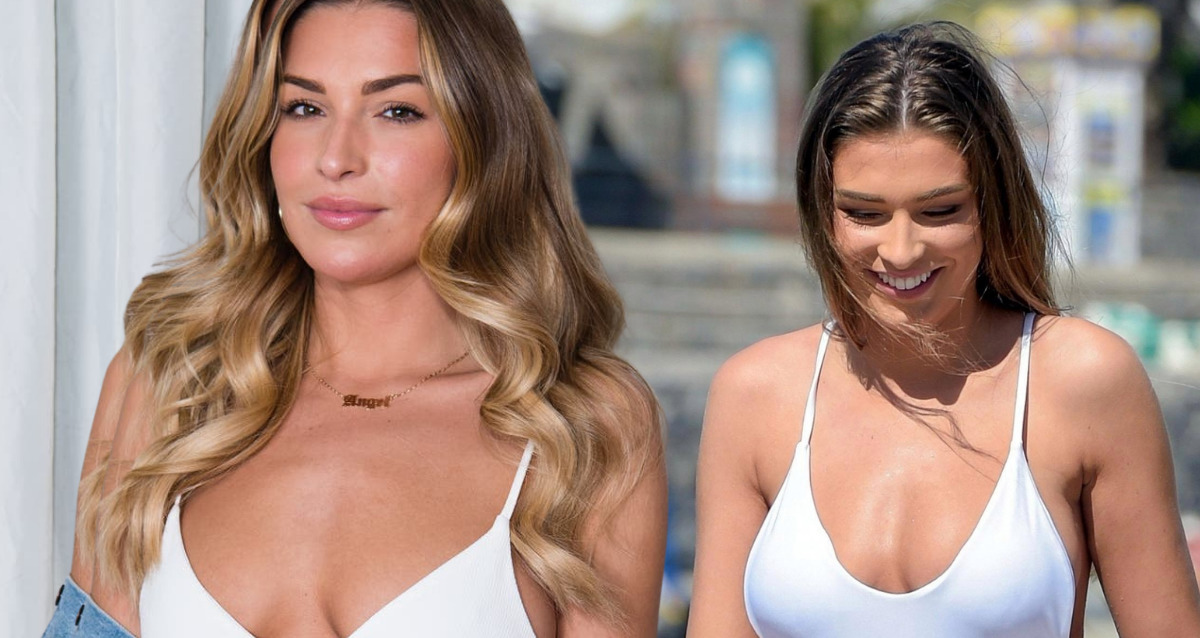