Thanos vs. Kang: Who Would Win? 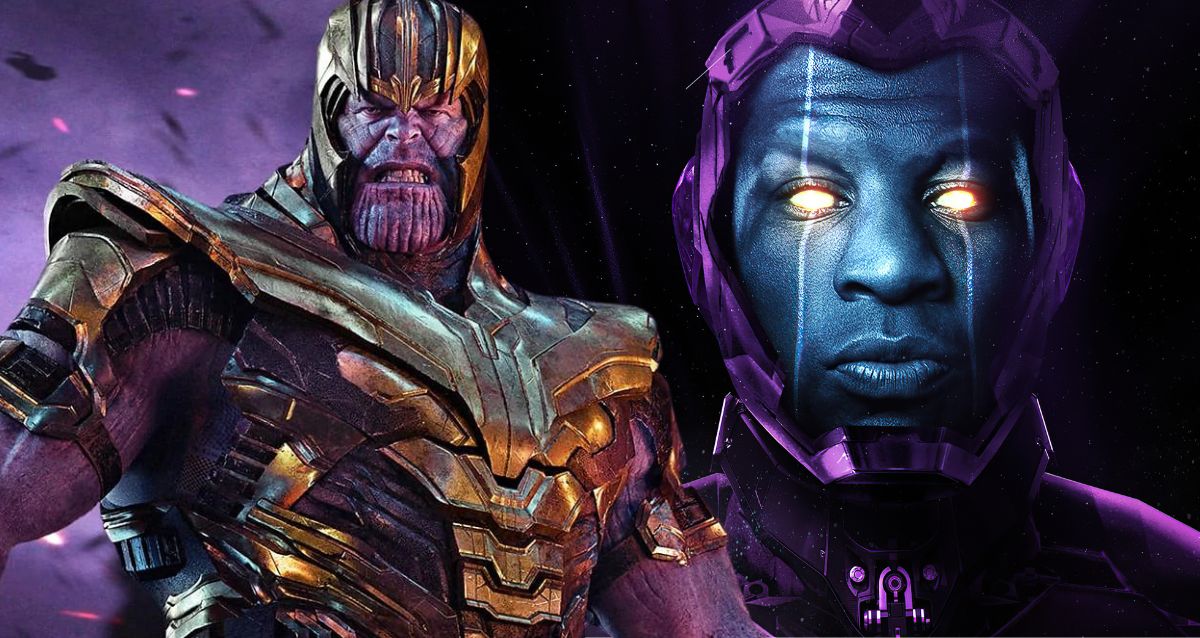 The big battle between the two powerful villains of MCU is something fans would love to see. Marvel has shown us how powerful Thanos is and what he can do with and without infinity stones.

But, as for Kang, we have just been given a picture of what he can do and what the ‘He Who Remains’ was preventing. The good Kang gave a brief about what his other variants can do to this world if he doesn’t maintain the balance in sacred timeline.

This theory will explain how powerful Thanos is and what will happen when he battles the chaotic time traveler, Kang. Let’s see how they would come together face to face! 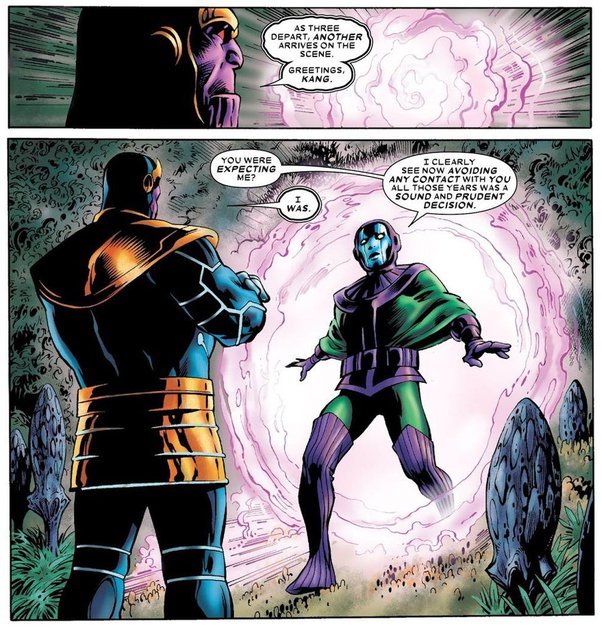 In the quest to collect all the six infinity stones, Thanos was told by Ebony Maw that someone in the universe is manipulating time and is obstructing his quest to retrieve the time stone.

Every time Thanos made attempts to defeat Doctor Strange or Strange Supremes in the past, Kang intervened and manipulated the future of the forthcoming fight. Kang feared Thanos would overpower him in manipulating time if he got hold of the time stone.

So, Thanos was furious and decided to confront Kang or one of his variants to eliminate all obstacles in this mission of snapping fingers.

Kang defeated Thanos in his missions in all of the universes across the multiverse. But, Thanos has already acquired four stones in the actual MCU timeline and is stronger than all of the Thanos’s variants that Kang has fought.

Thanos decided to go battle Doctor Strange and take the time stone himself. He did expect Kang to show himself because, just like Kang can travel different universes, Thanos can use his space stone to travel within the universe and take away the time stone with him across different worlds where Kang will find it difficult to contain Thanos.

Thanos landed on Earth in the current MCU timeline and was ruthless towards Doctor Strange. He had no protection as Bruce Banner was in human form, and Tony wasn’t informed about Thanos yet.

Doctor Strange wasn’t part of Avengers yet, and Bruce had no contact with the other team members. Thanos went ruthless on Doctor Strange and threatened to kill the entire city if he didn’t give up the time stone.

Thanos said to Doctor Strange, “I will perish this entire city and will ensure that you cannot revive them with the use of time stone. It is because I will kill you too after I kill the city and take the stone out of your corpse.”

Doctor Strange surrenders the time stone to Thanos, and it is the time when Kang appears from a beam, right in front of Thanos.

The Confrontation Between Thanos and Kang 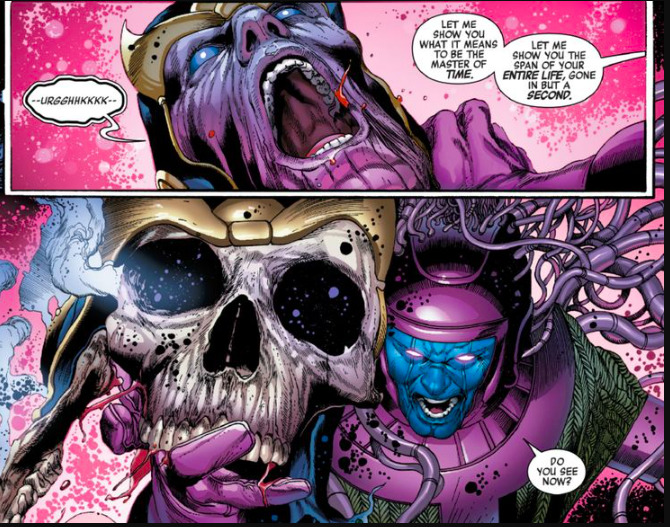 Thanos drops Doctor Strange on the floor and takes a walk toward Kang.

He says, “So, you must be Kang. People call you conqueror, but what have you conquered so far? You keep hiding in different timelines and expect the multiverse to fear you as a conqueror. You pretty much like praising yourself, isn’t it? Everyone who thinks of you as a conqueror is probably one of your variants.”

Kang replies, “Finally, you came out of your cocoon, desperate to fight and defeat me. I think that is something I have achieved to bring down the Mighty Thanos on fighting grounds, while what he always does is sit on a big chair and order his slaves to do the work for him.”

This frustrates Thanos, and he straightaway blasts a power stone beam towards Kang, which he deflects by saying, “I know every move you are about to make, as I have fought you multiple times in different universes and the same instance.”

Thanos kept trying to grab his neck and beat the hell out of him, but it was difficult for him to beat someone who knew all his next moves.

Kang says, “I have fought every variant of yours in all the universes, and all of you fight the same. I have prevented you from getting the time stone in every universe and failed you in your mission to make the snap with six infinity stones. You will never beat me, and today this universe will also know the true power of Kang and will kneel before me.”

One thing that Kang underestimated is that every Thanos’s variant he fought didn’t had the time stone. So, he had no idea how Thanos would use the time stone he had just acquired from Doctor Strange.

Even Though Kang can see the future, he just underestimated Thanos of Earth 616 and thought the same of him as all of his other variants. 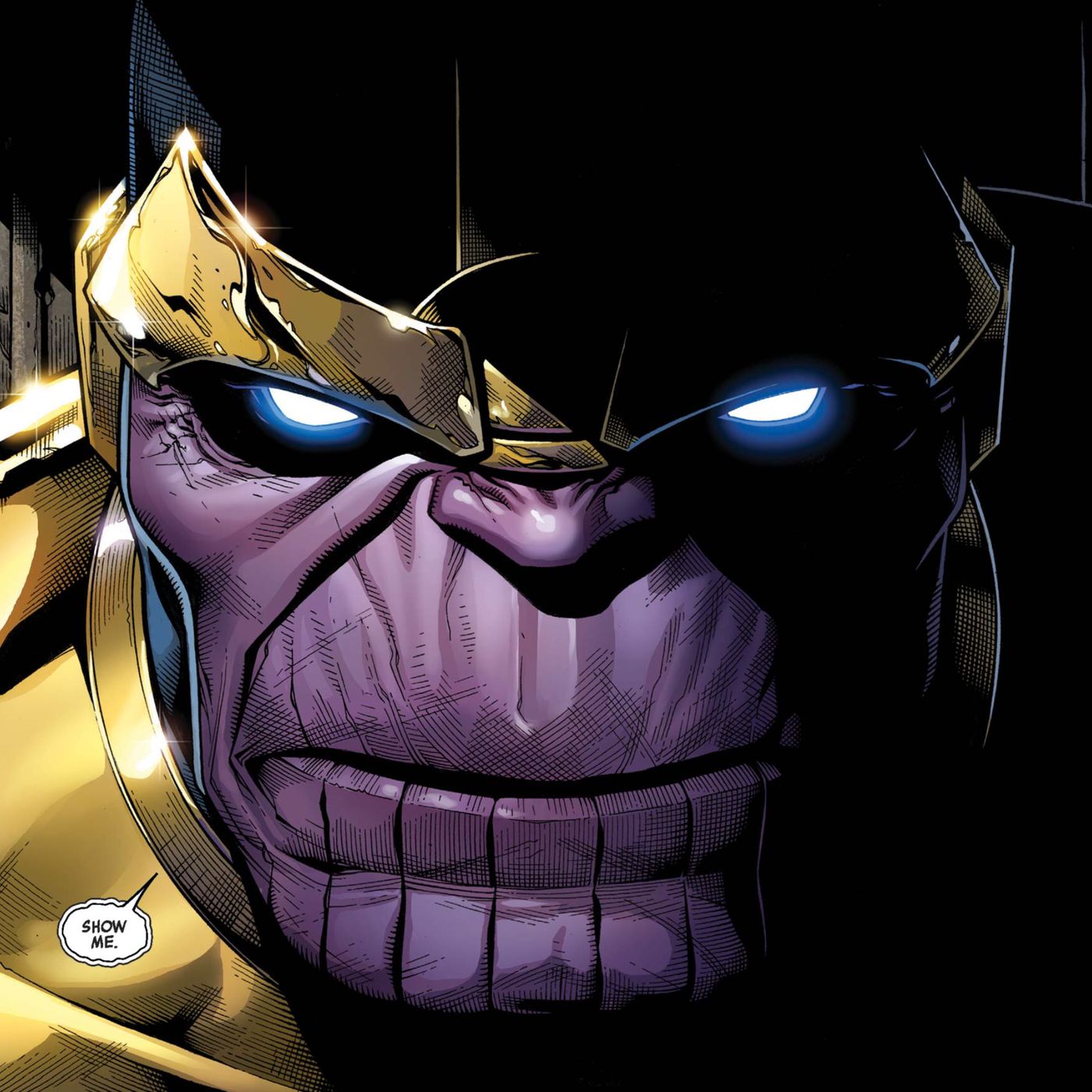 When Kang was confident enough to win, Thanos rewinded the time and changed his fight patterns. Kang had no idea about this, as it is the rule of time stone that only the beholder of this stone will be able to remember, see and change the future or past.

He changed his fight pattern and started hitting Kang relentlessly. Kang was also a time traveler who realized that Thanos was using the time stone to rewind time and use it for his advantage. So, every time Kang realizes it, Thanos rewinds the time again.

At one point in time. Thanos holds Kang by his neck and destroys his time-traveling watch to stop him from deflecting away from his attacks. He crushes Kang’s neck and says, “I am inevitable. Let all your variants come to me at once, they will share the same fate as you.”

Thanos is and will always be the strongest and smartest villain of MCU.